“A well-planned, easily-followed hike over the Hanoverian foothills.” 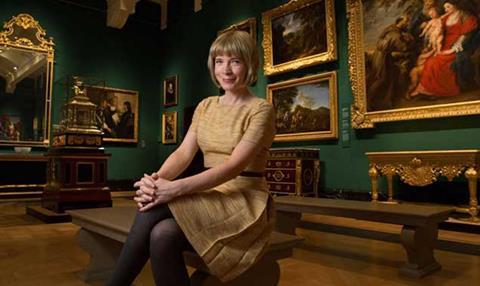 “A timely riposte to a national fuzziness about who the first three Georges actually were. Her documentary might have been called What the Georgians Did for Us.”
Andrew Billen, The Times

“A well-planned, easily-followed hike over the Hanoverian foothills under the firm guidance of a nimble and indefatigable leader.”
Lucy Mangan, The Guardian

”A timely reminder that Worsley is so much more than just an enthusiastic television personality.”
Gerard Gilbert, The Independent

“Ever a warm companion, and sporting the neatest bob since Mary Quant’s, Worsley continues to be one of the most charming historical guides on the BBC roster.”
Catherine Gee, Daily Telegraph

“A fable so low on dialogue it was practically a silent film. It was written by Jon Ronson, who is brilliant. It all meant something, but what?”
Andrew Billen, The Times

“The kindest thing I can say about this oddly fey, mostly dialogue-free affair, is that it was, well, oddly fey. But then these films are experimental – and some experiments, by their very nature, are bound to fail.”
Gerard Gilbert, The Independent

“The silence seemed to be included merely as an idiosyncrasy, as though by stripping it of its dialogue it would immediately become more creative. It just felt forced.”
Catherine Gee, Daily Telegraph

“When it was revealed that Heston was going to be delving into the history of our favourites dishes, it all sounded disappointingly normal. His fans needn’t have worried though because, shortly afterwards, he started to talk about testicle pie and sending a potato into outer space. Phew.”
Claudia Connell, Daily Mail