“This gift of a subject was well served by the programme makers.” Read on for the verdict on last night’s TV. 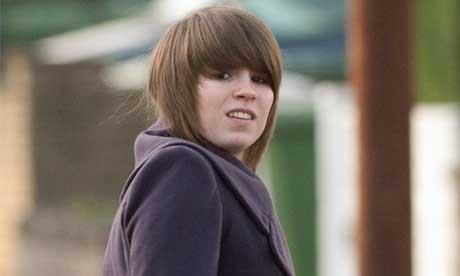 “Barker’s victims displayed a level of gullibility so remarkable that it’s a wonder their parents and guardians ever let them out of the house on their own.”
Matt Baylis, Daily Express

“This gift of a subject was well served by the programme makers.”
Lucy Mangan, The Guardian

“Having watched The Girl Who Became Three Boys, I can now see that Twelfth Night is virtually a work of documentary realism.”
Tom Sutcliffe, The Independent

Best of British: The Quadfather, Channel 4

“It established that when it comes to on-court tantrums, ill-feeling and unsportsmanlike behaviour there’s nothing an able-bodied athlete can do that a disabled player can’t match.”
Tom Sutcliffe, The Independent

“Although The Midwives is clearly in the feel-good business, its second episode showed the difficulty in identifying midwives with the right stuff.”
Andrew Billen, The Times

“A sensitive portrait of the terrible damage that can be passed down through generations.”
Lucy Mangan, The Guardian

“I am beginning to wonder if Sir Christopher Meyer’s enjoyable but lightweight series is an analysis of clout or of diplomatic technique.”
Andrew Billen, The Times

“Offered intriguing insights into how some of our highest buildings have stayed upright.”
Matt Baylis, Daily Express