TV Critics: The Good Wife; The Nightmare Worlds of HG Wells; The Story of China; Death In Paradise

“If you like your TV drama diamond-hard and dressed to kill in needle-sharp stilettos, there’s nothing better.” 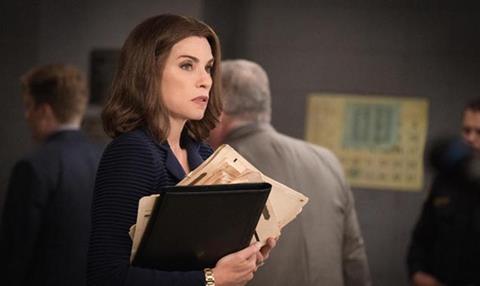 “The Good Wife is back, savagely witty as ever. If you like your TV drama diamond-hard and dressed to kill in needle-sharp stilettos, there’s nothing better.”
Christopher Stevens, Daily Mail

“Like Scandal or Damages, The Good Wife has never quite entered the pantheon of ‘great TV’ alongside Mad Men and Breaking Bad. Maybe it’s too soapy or too broad, or not sweary or ‘dark’ enough; but it’s a quality proposition, as good as mainstream US network drama gets.”
Richard Vine, The Guardian

“The US legal-political-marital melodrama has endured a reboot and its season opener showed it on top form. In its quiet way The Good Wife is a progressive piece of work.’”
Andrew Billen, The Times

“Here we have a revival of a fine tradition; the television short story, often comprising crime, horror, sci-fi, mystery, or some cocktail of those, with a twist – Tales of the Unexpected indeed. Their charm lies in their semi-predictability. You sort of know what is coming, but not all of it. I miss all that sort of stuff.”
Sean O’Grady, The Independent

“The quality of acting largely determined each episode’s success. As a result, Michaele Gambon was brilliant and The Late Mr Elvesham was a treat. But Johnny Flynn, as an artist willing to sacrifice all to paint in the second story, really wasn’t. Nor was anyone else.”
Andrew Billen, The Times

“The Nightmare World of HG Wells was a honking bit of period cheese. Perhaps inspired by the anything-goes Victoriana of Sky’s Penny Dreadful, this threw everything at the wall only to watch it slide in a desolate heap to the bottom. This wasn’t anyone’s finest hour.”
Tim Martin, The Telegraph

The Story of China, BBC2

“This was a lot of history to take in, but Michael Wood is an old hand at sugaring the pill of hard information. Physically energetic and beaming with excitement, he’s also a delightful travelling companion. It was hard not to share his palpable enthusiasm for the subject.”
Tim Martin, The Telegraph

“Few things on TV right now are as delightful as Death In Paradise. For fans there’s a great pleasure in seeing an unlikely overlooked figure bringing wrongdoers to book. It was rather a splendid tale and like all fans of the genre, I was rather less bothered by the outcome than by everything that had gone before.”
Matt Baylis, Daily Express