“The Great British Sex Survey was a pile of toss. Ninety minutes of filler on a Thursday night.” 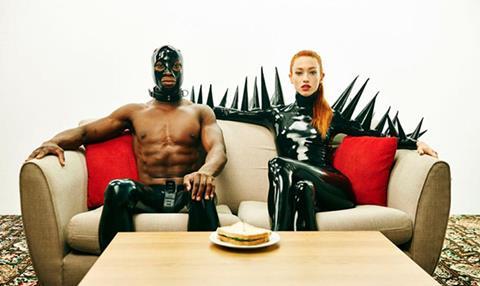 “The Great British Sex Survey was, as the astute-to-barely-sentient among you will no doubt have suspected from the first sighting of the title in your schedules, a pile of toss. Don’t forgive the pun, there’s no reason you should. Ninety minutes of filler on a Thursday night.”
Lucy Mangan, The Guardian

“I could have spent another hour with Phil and his gormless, slack-mouthed blonde fiancée whom he transports down the streets of St Helier in a wheelchair — and an hour less remaining unstirred by the programme’s dubious insistence that we are a nation of ‘latex-wearing, dick-fixated foot-fetishists with a penchant for cross dressing’.”
Andrew Billen, The Times

The Story of China, BBC2

“Michael Wood’s The Story of China ended strongly, and even movingly, with an account of the past 200 years and surely some of the most interesting revolutionaries in world history.”
Andrew Billen, The Times

“Wood is tremendously clever, and a great explainer, and a congenial travelling companion despite his resemblance to Tony Blair – but there are some tasks that the mind of man was never meant to compass, and learning the entire modern history of China in under an hour is one of them. An ambitious and thoughtful achievement, then, if rather too hectic at points.”
Tim Martin, The Telegraph

“The transformation of the house was both extraordinary and a revelation as I for one had no idea such magic could be wrought. Very surprising, although I still fail to see how those of us who would like to do so can achieve the same if we live in a flat.”
Virginia Blackburn, Daily Express

“Property programmes like these ought to be obliged to provide sane financial advice, along with the wacky plans. It’s dangerously easy, when the cameras are rolling and a famous face off the telly is getting over-excited, to be carried away. But TV shows must not be allowed to exploit their participants by tempting them to spend wildly.”
Christopher Stevens, Daily Mail

“In what was presumably supposed to be a thrilling finale, Jericho actually resembled nothing so much as a school-play dramatisation of a Catherine Cookson nove. All the talk of a British Deadwood rang true only if you happened to think that Deadwood had a bit too much swearing, sex, excitement, budget, acting or scriptwriting.”
Tim Martin, The Telegraph

“Jericho has struggled to win over 2.5 million viewers each week, while almost three times as many tune in to Death In Paradise on BBC1. It’s hardly surprising — one has scenery, flirting and a daft murder each week, while the other imagined a Wild West shanty town under leaden Yorkshire skies.”
Christopher Stevens, Daily Mail