“This was the televisual equivalent of junk food: cheap and entirely without true nourishment. The BBC should know better.” 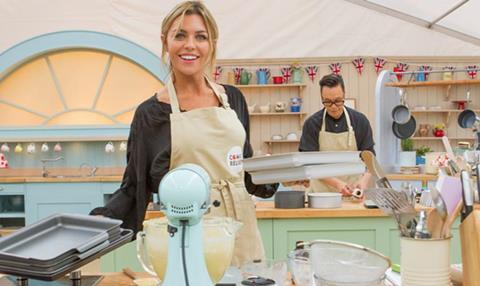 “Though the standards of baking aren’t quite what we expect from the Bake Off gazebo, and Mel and Sue can no longer be in the same tent at the same time, these Comic Relief specials retain the show’s main attractions – Mary Berry and Paul Hollywood. Watching ‘Ms. Bez’ delve deep into her vocabulary bag for soothing words of kindness when faced with the baking equivalent of Chernobyl is a wonder to behold. And Paul, looming like a sexy baked potato, is just about concealing his doughy anger at some of the bakers’ haphazard efforts.”
Chris Bennion, The Independent

“Zoella’s profiteroles looked nice but had no content, which felt like a metaphor for the entire programme. This was the televisual equivalent of junk food: cheap and entirely without true nourishment. The BBC should know better.”
Catherine Nixey, The Times

“The Great Comic Relief Bake-Off outperforms Midsomer Murders, Wolf Hall, and just about everything else, which baffles me. This week, only Jonathan Ross read the recipe properly and remembered to add a generous sprinkling of humour.”
Sam Wollaston, The Guardian

“As Jonathan Ross, Abbey Clancy, Gok Wan and Zoe Sugg lined up for the second episode of The Great Comic Relief Bake Off, it didn’t take long to start hankering after the civilian version. Wan and Ross’s trash-talk aside, there was scant rapport between the participants, certainly compared to the rampant silliness of last week’s bunch.”
Gabriel Tate, The Telegraph

“To some extent, I agreed with the mums who said there were other factors at work, reasons for their children’s condition beyond food. It wasn’t the number of adults in the house but it might have had something to do with status of them. If anything has changed, it’s not portion sizes, food additives or family break-ups, it’s the issue of who’s boss.”
Matt Baylis, Daily Express

“The title had a faintly rhetorical air and together these hinted that the documentary might be about to shrug its shoulders and suggest we couldn’t be sure who was at fault. It didn’t. Philip Larkin-like, this was in no doubt who had spoilt these children. And like Larkin, it was shockingly unstinting in its use of the f-word. “It’s very rare to see fat children with thin parents,” said one specialist.”
Catherine Nixey, The Times

“Damian Lewis is so good as the capricious monarch that at times you want to slap some sense into him and remind him to stop being such a prima donna. But you’d probably get your head lopped off. Wolf Hall continues to hold viewers captive not only because of its gorgeous costumes and sumptuous period detailing, but the nuanced script that electrifies this era for a contemporary audience.”
Neela Debnath, The Independent

“For subtle politicking, Wolf Hall remains unbeatable. This Tudor thriller is so confident of its audience that whole scenes are played out without a word, in a drama of looks and glances.”
Christopher Stevens, Daily Mail

“Anyone grumbling that Wolf Hall has been a bit slow should have been sated by a penultimate episode cramming in a tournament, a murder, a miscarriage, possible arson, a blowing of the royal top and more award-winning eyebrow work from the magnificent Mark Rylance. While the latter has understandably hogged the limelight, his supporting players continue to prove themselves the finest ensemble assembled for a TV drama in years. This is gold-standard drama.”
Gabriel Tate, The Telegraph

“Well, no one ever accused Midsomer Murders of having much grounding in reality. Cloyingly sweet with no discernible complexity of flavour, this is the Asti Spumanti of television drama.”
Sam Wollaston, The Guardian