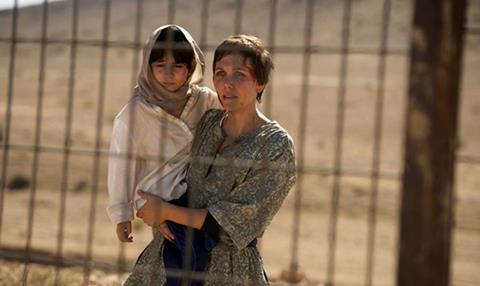 “This is a series that asked many interesting questions about the overlap between personal ambition and peace-making and featured several great performances. It concluded, however, as so many Middle East dramas do – by throwing hands up in the air and declaring the situation intractable.”
Ellen E Jones, The Independent

“The plot has been a headache – over-complex and under-explained. Yet the drama’s themes of one woman trying yet failing to atone for the sins of her father; and the destruction that ensues when the personal is sacrificed to the political have been powerfully expressed.”
Serena Davies, The Telegraph

“Hugo Blick’s assured treatment of the conflict achieved televisual yoga. For eight episodes it held itself taut, every theme, character and motivation moving slowly and with utter control towards the conclusion.”
Julia Raeside, The Guardian

“Blick had the conviction to take on a really big and earnest subject — irreconcilable differences in the Middle East — and found its correlative in the lies and betrayals of human nature itself and everyman’s duty to struggle beyond it.”
Andrew Billen, The Times

“The incidental detail and the sensible academic contributions made a touching tale of lives cast into the crucible of political exigency.”
Serena Davies, The Telegraph

“They died before they were able to become anything but beautiful enigmas. A documentary that promises to help us get to know these unknowable young women seems to miss that point. All the same, it offers a glorious fairy tale to get swept up in.”
Ellen E Jones, The Independent

“Sometimes fame, wealth and privilege end up getting thrown back in your face, as it certainly did with these poor women. What a life.”
Virginia Blackburn, Daily Express

Educating Yorkshire: One Year On, Channel 4

“Rather like buying a DVD and watching the original with the director’s commentary switched on and then flicking through the bonus material. But it served its dual purpose of rounding off last year’s series and whetting appetites for the upcoming Educating the East End.”
Rachel Stewart, The Telegraph