TV Critics: The Honourable Woman; The Secret Life of Students; Inside Asprey

“On the strength of this first episode, finally, a British victory might come out of this summer.” 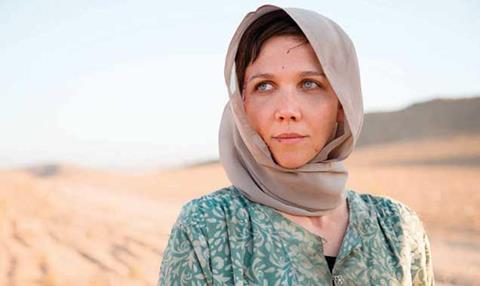 “Like The Shadow Line, The Honourable Woman is mannered in a way that some viewers (myself included) will find irritating. Many scenes included heavy chunks of portentous dialogue, and that’s if you were lucky. If you weren’t lucky, there was no dialogue at all, just some mournful Middle Eastern voice, wailing away in the background.”
Ellen E Jones, The independent

“Was it all a touch melodramatic? For sure, but when melodrama comes this beautifully packaged, it’s hard to resist.”
Benjamin Secher, The Telegraph

“Maggie Gyllenhaal stood up and made more speeches during this opening episode than an MP in a marginal seat in election week. It was clumsy, but at least it wasn’t boring: Hugo Blick is a master of the visual hint, a subliminal TV technique that ratchets up the tension.”
Christopher Stevens, Daily Mail

“Virtually every line delivered seems weighed down by Bafta expectation. And I’m sure they’ll come, because even if it is a teeny bit pompous, potentially infuriating, certainly baffling, it’s also beautiful and beautifully crafted and performed, and irresistibly compelling.”
Sam Wollaston, The Guardian

“This is a strongly authored piece by the writer and director Hugo Blick, with big settings and a lead actress who is more than just big-name dressing. On the strength of this first episode, finally, a British victory might come out of this summer.”
Alex Hardy, The Times

“It felt like homeland reimagined by John Le Carré or a very, very good film, which you had the good luck to be watching at home, free.”
Matt Baylis, Daily Express

The Secret Life of Students, Channel 4

“It’s clever; groundbreaking even. And it is dead funny. It’s brilliant modern television. Unless you’re the parent of a child starting university in the autumn. In which case it’s deeply worrying, I imagine.”
Sam Wollaston, The Guardian

“All of last night’s freshers fitted neatly into the stereotypes that all grads will remember – if not from their own student days, then from the sitcom Fresh Meat. Despite their questionable choices, they were a sympathetic bunch.”
Ellen E Jones, The Independent

“Student life these days seemed to be all about chocolate condoms, watching the Kardashians and over-sharing on social media. Call me a miserable middle-aged git but The Secret Life of Students made me relieved I wasn’t born two decades later.”
Michael Hogan, The Telegraph

“There was something pleasingly unguarded about the way the Asprey employees spoke to the camera. But nowhere among them did we meet the kind of charismatic or compellingly atrocious personality that this type of documentary demands. Not all that glitters is documentary gold.”
Benjamin Secher, The Telegraph