“It’s worth tuning in tonight just to check that the girls can’t possibly be such dumbheads.” 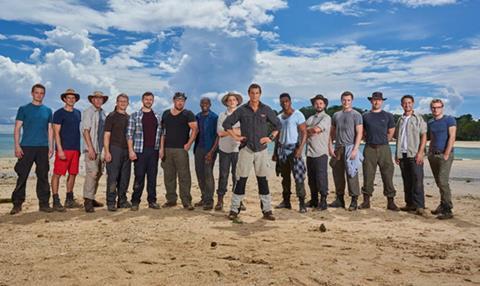 The Island with Bear Grylls, Channel 4

“This opening episode was an excellent marketing tool: it’s worth tuning in tonight just to check that the girls can’t possibly be such dumbheads.”
Andrew Billen, The Times

“Apparently, there were 40,000 applicants for the show. They have done an excellent job of getting it down to this lot. I don’t mean from a survival point of view; I’m talking in terms of television entertainment.”
Sam Wollaston, The Guardian

“It was only a couple of days before the first couple of men decided they wanted to leave and rejoin Bear on his incredible floating boat. The conditions were, it must be said, miserable, but it didn’t say much for the male species that they couldn’t even manage a week without falling out. A low bar for the women to raise tonight.”
Ellen E Jones, The Independent

“Grylls has chosen a group of average blokes for the show. The problem is that average blokes (especially grumpy, overtired ones) aren’t by definition interesting to watch. But seeing humans learn to cooperate in extreme situations is always strangely compelling, so I’ll be keen to see how they get on.”
Charlotte Runcie, The Telegraph

“None of them has a clue about co-operation or delegation. They’re just a bunch of needy attention-seekers, the typical product of the Facebook era, and from the minute they arrived they were letting each other down.”
Christopher Stevens, Daily Mail

“There are enough shots of piercing beauty and slow-running water to make it look like a bunk-up between a Natural History Unit programme and a Center Parcs advert.”
Andrew Billen, The Times

“Some of the sites were lovely. But their research seemed rushed, and the script was trite and trivial. We didn’t learn much, and most of it was forgettable.”
Christopher Stevens, Daily Mail

“It has the look and feel and sound of those locally-made ads that used to appear on the big screen at the cinema. Cheesy music married to a monstrous script.”
Matt Baylis, Daily Express

“Reconstructions occasionally felt unnecessarily lurid alongside the horrors of the genuine footage, but this was a powerfully told story of a complex, appalling phenomenon.”
Charlotte Runcie, The Telegraph