TV Critics: The Jump; The Voice; Call the Midwife; The Bridge

“The whole thing was quite heartwarming. Utterly ridiculous, yes, but I’ll be tuning in tomorrow.” Read on for the verdict on last night’s TV. 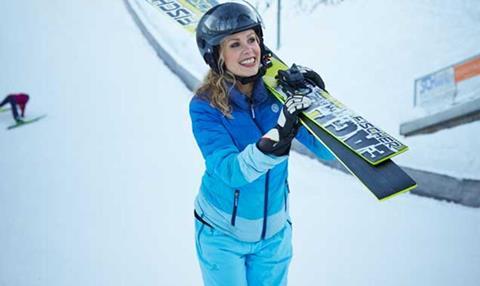 “We were promised celebrities risking life and limb on The Jump. What we actually got was publicity-seeking C-listers plopping off a ski jump so small that it could double as a speed bump or playground slide. It all put the anti-climactic icing on a deeply disappointing cake.”
Michael Hogan, The Telegraph

“The Jump feels like a mash up of Big Brother and Ski Sunday. The whole thing was quite heartwarming. Utterly ridiculous, yes, but I’ll be tuning in tomorrow – to check on the body count and to see more of Sir Steve Redgrave existing in the same mountain space as Sinitta and ex TOWIE ‘star’ Amy Childs.”
Sally Newell, The Independent

“The Voice may be ludicrously ineffective as a talent search, but it’s still great TV. Especially now Jessie J and that random bloke no one’s heard of have been replaced by Kylie Minogue and Ricky from Kaiser Chiefs. Unusually for reality TV mentors, these guys actually have some useful advice to impart.”
Ellen E Jones, The Independent

“The mere thought of an estate agent singing an Olly Murs song is about as abhorrent as it gets but The Voice managed to make tonight’s first auditionee Andy Otley seem vaguely charming. So far, it’s better than the abysmal last series, but it could still go the way of Fame Academy.”
Isabel Mohan, The Telegraph

“Not having all the comedy crud (as X Factor and BGT do) to start with and beginning with only strong candidates might mean a higher average level of singing talent, but also means there’s a lack of both laughs and any sense of progression.”
Sam Wolllaston, The Guardian

“Call the Midwife remains one of television’s most carefully written and visually crafted hours. It inhabits its period, the late Fifties, and, while going for laughs often enough, never ecourages us to mock its times with the bludgeon of historical irony.”
Andrew Billen, The Times

“I’m sure there are plenty of men who’d rather watch programmes about cars and carburettors but this one has a lot of time for Call the Midwife. Firmly rooted in time and place, it shows us a changing world through the prism of the most unchanging activity: the arrival of new life.”
Matt Baylis, Daily Express

“It’s a fascinating time in history – the East End was in transition and women’s lives were changing for the better – but there’s not a dominant sense of this in Call the Midwife at the moment. If writer and producer Heidi Thomas can steer the scripts away from smothering tweeness and embrace a little more modernity, then the new series may just deliver.”
Rachel Ward, The Telegraph

“Despite the bombings and the poisonings, this second series is veering more towards laughs. Saga’s eccentricities, such as the way she cocks her head like a labrador when she is puzzled, are at full stretch.”
Christopher Stevens, Daily Mail

“If you’re not watching, catch up, on the iPlayer. Quick, before it’s too late! The Bridge is, quite simply, by far the best thing on television right now.”
Sam Wolllaston, The Guardian