“All the stairs in the Shard wouldn’t provide enough naughty steps for this lot.” 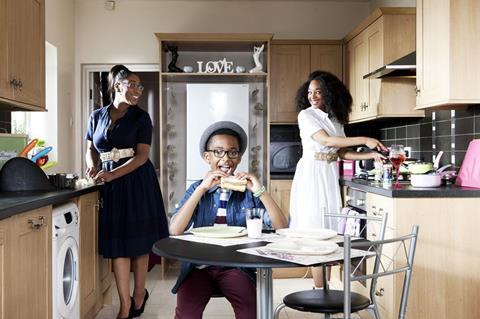 “The kitchen remains the hub of family life, which is no doubt the logic behind filming a show of the same name in dozens of ordinary kitchens and calling it entertaintment.”
Matt Baylis, Daily Express

“There was enough cheek, insouciance, backchat, attitude and ingratitude to power an Aga. All the stairs in the Shard wouldn’t provide enough naughty steps for this lot.”
Michael Pilgrim, The Telegraph

“Gogglebox has a better [cast]. The Garbutts might be a teeny bit ghastly, Marilyn and Wilfred amazing, but for pure diversion and amusement, none of them are up there with Stephanie and Dominic, Leon and June, Sandy and Sandra, the Michaels, the Siddiquis. I watched Friday’s Gogglebox straight after The Kitchen, and it is much more entertaining.”
Sam Wollaston, The Guardian

“The Kitchen’s potential for Gogglebox-style full-series success seems limited, but as an hour of television, it’s delightful.”
Ellen E Jones, The Independent

“As a nation of back-seat chefs, of course we’ll love raking over the many brown dishes served up here…But this programme is also food for the back-seat moralist in all of us.”
Alex Hardy, The Times

“This isn’t trying to be the darkest, moodiest crime drama on our screens, nor the most complex. But it might prove to be the best.”
Matt Baylis, Daily Express

“Grantchester (ITV) is jolly, in an undemanding kind of way. Sort of Lewis moved from Oxford to Cambridge, or just outside – the village of Grantchester, obviously.”
Sam Wollaston, The Guardian

“Delightfully neat and economical of plot, it’s Cluedo with cassocks and just enough noir for the modern palate. Victoria sponge with a tablespoon of battery acid.”
Gabriel Tate, The Telegraph

“Grantchester on ITV is delightful, a new treat for fans of period-set, gently paced detective series like Endeavor, and also for fans of top TV totty James Norton.”
Ellen E Jones, The Independent