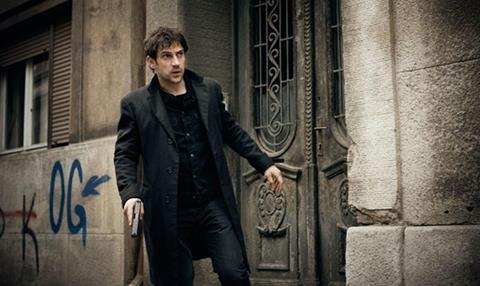 “TLP is very good at what it sets out to do; which is to bundle the viewer in and hurtle around Europe, bouncing breathlessly between the different perspectives. It’s visually, bold, smart and seductive. Good enough for Bowie, and good enough for me.”
Sam Wollaston, The Guardian

“If you can cope with the violence, the underlit filming, the dialogue in French with subtitles, and the unremittingly depressing scenes then The Last Panthers is a fine thriller, with a touch of The French Connection about it.”
Sean O’Grady, The Independent

“The opening sequence was well-choreographed, with several arresting moments; the rest, however, plodded along, introducing us to a range of characters with little variation in tone.”
Philip Womack, The Telegraph

“I wish Sky had shown more than the first part yesterday, for, although the jewel robbery was exciting enough, engagement with either cops or robbers proved difficult.”
Andrew Billen, The Times

“What a distinguished piece of work Unforgotten has been. Perhaps it is because of his previous career as an actor that Chris Lang managed to write the consistently succinct, unshowy and credible dialogue that gave such scope to an unforgettably experienced cast. Numerous times I froze the action to relish what I had just heard and seen.”
Andrew Billen, The Times

A cleverly crafted whodunnit, but also a very moving, human story that captured two generations. Nicola Walker’s DCI Cassie Stuart was a brilliant character (and a brilliant boss), and there were lovely performances all over the place. And, finally, that rare thing in something like this: a plausible, satisfying ending.”
Sam Wollaston, The Guardian

“By the fifth week it seemed to have drawn everything together — all the suspects looked guilty, and every one faced retribution as their lives were pulled apart. But the final episode played a series of shabby tricks, pinning the murder on the least likely culprit, like a third-rate pastiche of an Agatha Christie novel.”
Christopher Stevens, Daily Mail