“Surely the best writing in TV drama since Steven Moffat’s Sherlock.” Read on for the verdict on the weekend’s TV. 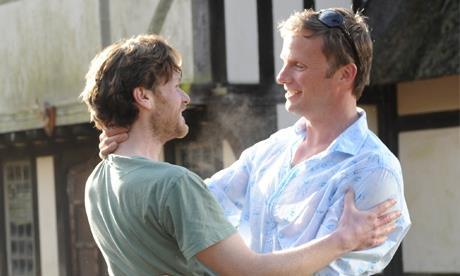 “It did a fine job of applying that Chekhov maxim about showing us a loaded gun on the kitchen table in the first act if you intend to use it in the third… That gun is definitely going to go off, and I’m looking forward to finding out who fires it.”
Archie Bland, The Independent

“Nothing much is any different to the previous series, except, it is to be hoped, our growing sense of ennui. Will I keep watching? Probably, yes. Please don’t join me.”
Archie Bland, The Independent

“I’m not sure where Maier goes after this pilot, but I really want to find out. Commission a series, Channel 4!”
Stuart Jeffries, The Guardian

“Every bit as fresh and exciting as it was on its 1986 debut.”
Virginia Blackburn, Daily Express

“The title filled me with as much dread as C4’s grotesquely named Make Bradford British. In the event it was a jolly prank show with a twist.”
Stuart Jeffries, The Guardian

Once Upon A Time, Channel 5

“What an enchanting series it has been.”