TV Critics: The Men with Many Wives; Crackanory; Long Shadow

“Strip away the religion used to justify polygamy and this was a study in male selfishness.” 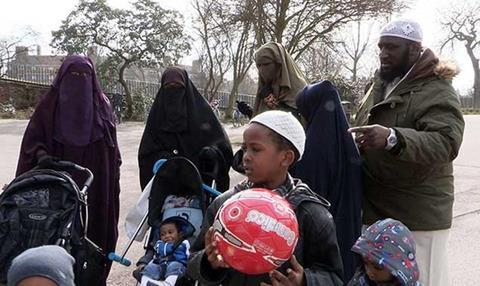 The Men with Many Wives, Channel 4

“The Men With Many Wives was an unusually clear-eyed documentary that took all its subjects seriously and at face value. It was primarily a story of people struggling to keep relationships – lots of relationships – operative and afloat. More than anything else, it made one think about parallel hypocrisies in western marriage traditions.”
Tim Dowling, The Guardian

“The documentary deftly exposed the unfairness at the heart of these unions, in which men hold all the cards. Strip away the religion used to justify polygamy and this was a study in male selfishness.”
Anita Singh, The Telegraph

“It was never going to be an entirely honest picture, though, without some alternatives. Where were the Muslims who stuck to one partner and what did they think of those who didn’t?”
Matt Baylis, Daily Express

“At a stroke, the dramatised vignettes felt superfluous. Of course, they made the show more superficially televisual, but I couldn’t help wondering what fun Mayall (and, indeed Reeves) could have had with the voices of their characters.”
Gabriel Tate, The Telegraph

“Mayall’s 15-minute piece of storytelling for the second series of Crackanory (Dave) entitled ‘The Weatherman’ was filmed just before he died and is all the sadder for it…It was Mayall as we knew and loved him from the days of Kevin Turvey through to The Young Ones, Bottom and Man Down. It’s manic, intense, and very, very funny.”
Will Dean, The Independent

“It may have been an allegory for the power of television – the accompanying animation was lovely-but Mayall demonstrated the compulsion of simple recitation. I’m ordering his audio books for our next long car journey.”
Andrew Billen, The Times

“It was an ambitious programme, so ambitious that it was not always easy to understand the point Reynolds was making…Reynolds was arguing for a dispassionate and nuanced historical appraisal. Paradoxically he chose to do so with passion, vitriol and some personal daring.”
Andrew Billan, The Times

“Reynolds is not just a good historian but a good presenter with an eagle eye for the image that lingers and the comparison that really convinces”
Matt Baylis, Daily Express