TV Critics: The Met; Escape to the Wild; How to Be Bohemian

“It was so skilfully constructed that it felt more like a high-end drama.” 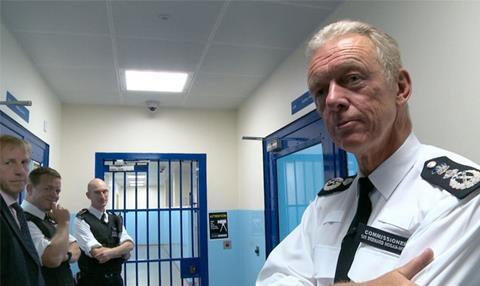 “This is more interesting than most television about the police. It’s not just about cops fighting crime, it’s about the Met as an institution, an institution that certainly comes across as flawed, but one that at least recognises some of its flaws. Ambitious, fascinating, fair, important television.”
Sam Wollaston, The Guardian

“The first episode was meant to be a fly-on-the-wall documentary. And yet it was so skilfully constructed that it felt more like a high-end drama, boasting the multi-stranded structure of acclaimed cop show The Wire and the acutely observed backroom politics of The West Wing.”
Paul Kendall, The Telegraph

“Time and again, we watched lose-lose situations unfold, courtesy of the astonishing access gained by the producer/director Simon Gilchrist and his team. The Met was edifying for taking us this close to the action, but frustrating for showing us the sheer extent of the stalemate.”
Alex Hardy, The Times

“It was telling how important the word ‘image’ seemed to be. Not arrests, or strategy, or resources, but what people might think and the consequences of people thinking it. It wasn’t clear from last night’s episode if this new, thoughtful, image-conscious policing works.”
Matt Baylis, Daily Express

“Are the police making any real headway against institutional racism? Judging by The Met, the outlook is better for British documentary than it is for British justice.”
Ellen E Jones, The Independent

“The Met: Policing London set out to prove that real-life crimefighting looked nothing like telly drama. It was a lot more boring, for a start — instead of fraught confrontations in the chief super’s office, or highly charged grillings in the interview room, we saw a lot of long, dull meetings where senior officers competed to parrot the most jargon in a monotone.”
Christopher Stevens, Daily Mail

“The show was a tribute to those who have the energy to really make a go of their great escape, but also a sobering reality-check for the majority of desk-bound daydreamers. It’s challenging enough to build your own home in the UK; imagine if the building materials were limited to some coral and a few palm trees.”
Ellen E Jones, The Independent

“Great television that even led to a discussion in my house. Shall we, like Karyn and Boris and their boys here, sell up and go and live on a South-Pacific-Island paradise? In the end, we decided against it. Weirdly, there seemed to be some doubt about whether I have Boris’s skills, energy, and amazingness.”
Sam Wollaston, The Guardian

“Boris and Karyn, a former hotel boss and an IT manager, had turned their sliver of paradise into an architectural wonder. Kevin loved the house, but couldn’t hide how much he hated the heat, the mosquitoes and the remoteness. He’d make a rotten Man McFriday.”
Christopher Stevens, Daily Mail

How to Be Bohemian with Victoria Coren Mitchell, BBC4

“An entertaining history of ‘painters, poets, pioneers and provocateurs’. Victoria Coren Mitchell lent the programme the right tone with a combination of witty aperçus and thoughtful commentary.”
Paul Kendall, The Telegraph

“As the host took us from the counterculture of 1830s Paris, through Victorian London to the gentrification of bohemia in Puccini’s 1897 opera, I kept thinking: the hipsters will be watching this as if it’s their Who Do You Think You Are?.”
Alex Hardy, The Times