“The Mill is certainly an impressive and interesting drama project… But could they not find – among all those letters and diaries etc – some glimmer of hope, or love, or humour?” Read on for the verdict on last night’s TV. 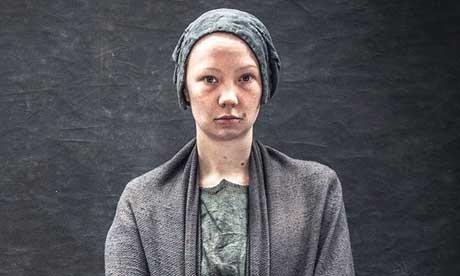 “The Mill is certainly an impressive and interesting drama project… But could they not find – among all those letters and diaries etc – some glimmer of hope, or love, or humour? Something to alleviate the pain? Maybe there’s light to come. If not, I’m not sure I’ve got the mental strength to carry on.”
Sam Wollaston, The Guardian

“Take every cliché you can think of about the Industrial Revolution, mix them all up into one gloomy morass of woe, and that’s pretty much last night’s opening of The Mill… The script, by Coronation Street’s John Fay, was part soap box and part soap opera, but with little evidence as yet of the Bafta-winning writer’s usual wit.”
Ceri Radford, The Telegraph

“Even the slot, 8pm and not nine, suggested this was a programme ready to be stuck into a school project. Yet gradually, the script by John Fay, an award-winning Corrie writer, and the direction by James Hawes began to weave their way into the imagination.”
Andrew Billen, The Times

“The respective worlds of the musician and a natural history broadcaster were obvious, but the prospect of the two debating the use of ‘nature and technology to explore music in a new, radical way’ was intriguing. But how were the makers going to fit all that into an hour? Actually, they weren’t going to bother, because it turned out that the programme wasn’t much more than a promo for Björk’s last album, Biophilia, and its tour.”
Mike Higgins, The Independent

“I don’t always totally understand what Bjork’s on about. But the bits with David Attenborough at the Natural History Museum are lovely. Like an old man showing his granddaughter round his favourite place in the world.”
Sam Wollaston, The Guardian

“From footage of spinning stars to shoals of fish to the snow-speckled hills above Reykjavík, from the sound of crackling electricity to Björk’s soaring voice, there was a dreamy and unsettling evocation of awe. It might not all have made sense, but it was a delight to the senses.”
Ceri Radford, The Telegraph

“None [of the characters] are stereotypes, and Campion/Davis are clever at making us care about them. The bad get under your skin, the good you start to love. The character studies in Top of the Lake are deeply humane, and form of one of several reasons to watch this clever, surprising programme.”
Serena Davies, The Telegraph

“As much as the slowly advancing plot and the stunning, almost other-worldly setting draw you in, the undercurrent of weirdness pushes you away… Half the cast act their socks off, while the other half seem to be reading their lines from a blackboard positioned just behind the cameraman’s head.”
Matt Baylis, Daily Express

“After eight hour-long episodes, we still haven’t learnt why the returned have returned, or how it happened, or what they want. We don’t even know for certain that they mean harm. And now we have to go on not knowing until well into next year. Frankly, it’s cruel.”
Michael Deacon, The Telegraph

“For all its merits Alan Whicker: Journey’s End felt like an oddly time-lagged testimonial. The pioneering broadcaster died a fortnight ago, and in this 21st-century instant-response world of ours, everything that needed to be said obituary-wise had been adequately covered by other media outlets already.”
Gerard O’Donovan, The Telegraph

“It’s on a Sunday night, on ITV, traditionally the lair of cutesy feelgood drama set in lovely, sunny places. It features Paul Nicholls, a man who remains as beautiful as a statue and unfortunately acts like one… [and] his sidekick, DS Ronnie Brooks (Bradley Walsh). This rather uninspiring pair, though, introduce us each wek to deliciously tangled plots and moral conundrums meatier than a policeman’s lunch.”
Matt Baylis, Daily Express