“Instead of A Horizon Guide, they might have gone for something more honest. Gee, Isn’t Horizon Great? for example, or Horizon: It’s Been Going For Ages And Here Are All The Clips To Prove It.” 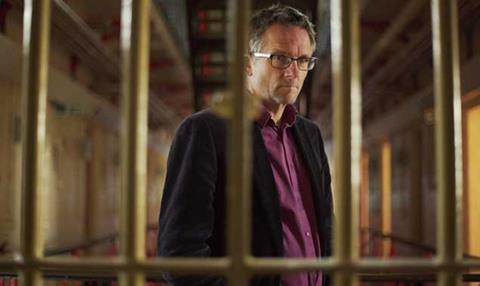 The Mystery of Murder: A Horizon Guide, BBC4

“The vintage TV excerpts were well chosen. What they proved above all was how callous scientists of earlier generations were in their animal experiments. Science, of course, doesn’t always tell us what we want to hear. One criminologist took his own tests, and discovered he had the stereotypical DNA profile of a psychopath. His family were unsurprised. ‘It all falls into place,’ said his son drily.”
Christopher Stevens, Daily Mail

“I ought to have realised that anything calling itself a Horizon Guide is not so much a science documentary but a series of loosely-linked clips from previous science documentaries. Instead of A Horizon Guide, they might have gone for something more honest. Gee, Isn’t Horizon Great? for example, or Horizon: It’s Been Going For Ages And Here Are All The Clips To Prove It.”
Matt Baylis, Daily Express

“The Mystery of Murder: A Horizon Guide wasn’t its own documentary, so much as a collection of clips from others in the Horizon archives. Mosley wanted to know what makes people murder. Unusually for BBC4, these questions weren’t simply left to percolate, but were instead given fairly definitive answers.”
Ellen E Jones, The Independent

“Once science is done with killers, might I suggest hospitality workers in The Billion Pound Hotel as a fruitful area for further study? It takes a peculiar sort of person indeed to derive such pleasure from indulging in the whims of the super-rich. Usually, you could put that down to a flattering edit, but here it really seemed that Burj Al Arab’s majesty had cast a sort of feudal spell over its workforce.”
Ellen E Jones, The Independent

“It’s a tower of vulgarity, properly hideous; Disney wrapped in gold leaf. But this film is not just about the building, it’s also about some of the people in it. They’re very on-message, everyone in this film, with their life-long dreams and their bloody nests and what have you. Certainly the Burj Al Arab’s PR department isn’t going to have a problem with any of it; perhaps they helped in selecting who would take part.”
Sam Wollaston, The Guardian

“The trouble is, Jeremy Brett was too good. But we can’t survive on memories of Brett for ever. Martin Clunes as Doyle is a poor imitation of a Great Detective. That’s part of the joke, of course, and Arthur And George is good value for a three-part adventure.”
Christopher Stevens, Daily Mail

“The opening episode of Arthur & George was a pleasant surprise. The second, however, was stolid and stodgy, as if not quite trusting its viewers to handle the book’s more esoteric flights of fancy. Thank goodness for the seasoned pros called upon to bring this material to life.”
Gabriel Tate, The Telegraph

“Bluestone 42 has become one of those series you’re rather surprised to see is still going. Not least because the conflict it depicts is not. With its salty badinage Bluestone 42 bore the unmistakeable tang of authenticity. But was it funny? Not exactly. Cheeky, perhaps. Rude, certainly.”
Gabriel Tate, The Telegraph

“The jokes themselves aren’t a thing of sophistication but the way it’s all balanced is certainly skilled. They are effectively Brits abroad, but in hugely heightened circumstances. The phrase ‘gallows humour’ wouldn’t exist if it wasn’t possible to mine the worst possible situations for their lighter side and I’m glad teams like this continue very successfully to do so.”
Alex Hardy, The Times