“The Naked Choir with Gareth Malone looked like a cut-price X Factor.” 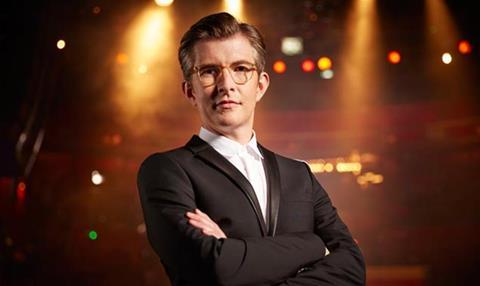 “The Naked Choir with Gareth Malone, long on uncompelling backstories, short on Malone’s tuition, looked like a cut-price X Factor. Return him to a songless playground or allow that he is grown up enough to present a definitive history of singing.”
Andrew Billen, The Times

“There were no sob stories, gratuitous black-and-white flashbacks or tears from the judges. Malone’s shows have been so successful because they provide exactly the opposite of what that overhyped entertainment format The X Factor delivers.”
Daisy Wyatt, The Independent

“It’s not as moving as The Choir, in which Gareth made choirs from scratch. This is about making singers, who are already good, a bit better, so the journey is a less spectacular one. Fun then, but not the most fun.”
Sam Wollaston, The Guardian

“Now he’s working with seasoned amateurs the focus is on the songs, less on personal stories. The second half of the hour-long show was mostly taken up with performances. Sadly, these weren’t up to much. All of the groups looked uncomfortable and under-rehearsed, and we ended up with four novelty acts.”
Christopher Stevens, Daily Mail

“Narrated by a child, Millennium Children at times felt like an educational resource from a secondary school geography lesson. The stories of children across the world were told with great empathy, but we rarely learnt something new from them.”
Daisy Wyatt, The Independent

“With its voiceover by a schoolgirl, there was an annoyingly preachy tone to the whole documentary: it was like being lectured about the UN by a sanctimonious ten-year-old.”
Christopher Stevens, Daily Mail

“Even Dickens might have paused befoe turning into fiction some of the 21st-century stories featured on Millennium Children. Perhaps it was the personality of 15-year-old Honduran Darwin that made his story the saddest. But I know I won’t be forgetting him in a hurry.”
Matt Baylis, Daily Express