“It is all superbly done. My only gripe is that there are only six episodes.” 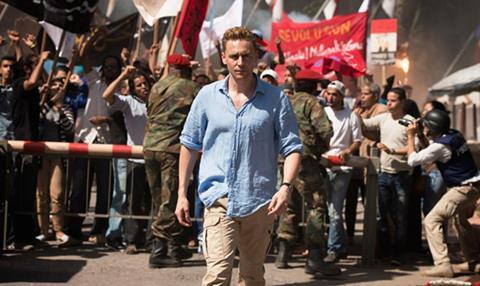 “Tom Hiddleston is a perfect Jonathan Pine. The alterations and updates are skilfully and almost invisibly tailored by David Farr. And Hugh Laurie is a splendid villain. Sunday night War and Peace void filled. Splendidly.”
Sam Wollaston, The Guardian

“Tom Hiddleston gave us a hero who served his guests and obeyed their orders as though it were his military duty. Every glint in his eyes told us this man was thoroughly accustomed to danger but chose to avoid it, the way an alcoholic tries to stay away from whisky. It was a first episode brimming with suspense and promising more.”
Christopher Stevens, Daily Mail

“Tom Hiddleston put in an excellent audition for the role of James Bond. The original novel may have been written by John Le Carré and the action updated to the Arab spring in 2011, but we are well and truly on Planet Bond. Not that I am complaining about any of this, it is all superbly done. My only gripe is that there only six episodes.”
Virginia Blackburn, Daily Express

“Adaptor David Farr and director Susanne Bier’s television translation is efficient and unflashy and contains a succession of enjoyable performances. It does not quite work, however. This is not Tinker Tailor. It’s The Man from U.N.C.L.E. relocated to Hotel Babylon — and far too much fun to be taken seriously.”
Andrew Billen, The Times

“The backdrop was sumptuous but the action was a little predictable. But when the story fast-forwarded four years to a snow-covered Switzerland, where Pine was now working at another plush hotel, the plot started to pick up.”
Amy Burns, The Independent

“Patrick Hennessey has a mission: to repair the damage done to the reputation of his literary hero, Rudyard Kipling. Not an apologist for the ills of the empire, says Hennessey, but a man who mocked it mercilessly and had a deep understanding of (what was then all) India, its people and culture. Plus, he wrote exceedingly good stories.”
Sam Wollaston, The Guardian

“Patrick Hennessey is a personable young presenter, an ex-Grenadier Guard turned writer/historian/barrister and he guided us through mysterious foreign lands much like another likeable presenter who can’t go on forever. Step forward the new Michael Palin.”
Virginia Blackburn, Daily Express

“It was a pacy, rollicking finale. A second series would be as welcome as a bowl of hot porridge on a cold morning. It’s a long shot but please, sir, could we have some more?”
Michael Hogan, The Telegraph