TV Critics: The Other Side Of Jimmy Savile; Best Possible Taste; Welcome to India

“By midnight, the reputation of a peak-time legend had been convincingly devastated.” Read on for the verdict on last night’s TV. 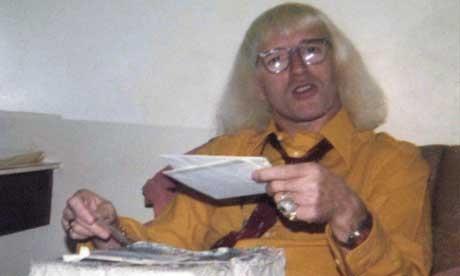 Exposure: The Other Side Of Jimmy Savile, ITV1

“Though robbed of the effect of revelation, the film still exercised a hold because of the sense of poetic justice in television being the instrument of exposure…Savile was being judged through the medium that made him. The film’s advantage over the week-long filleting of its findings in print was the sharp use of archive footage… The programme’s weakness was that a traditional strength of film documentary – that eyeline, tone and body-language help assessment of a witness’s testimony – had to be surrendered because of the understandable reticence of the alleged victims…But, by midnight, the reputation of a peak-time legend had already been convincingly devastated in – appropriately – what broadcasters call the graveyard slot.”
Mark Lawson, The Guardian

“Oliver Lansley’s performance as Everett and his characters was uncanny… And although the drama was framed as a movement out into the light, the true ending (death from an Aids-related disease) withheld any kind of real upbeat. Devoted fans of Everett will have found it bittersweet at best.”
Tom Sutcliffe, The Independent

“Viewing Everett’s entire life and career almost exclusively through the prism of his sexuality began to feel limiting after an hour… For all its shortcomings, Best Possible Taste did have a good period feel, an even better soundtrack and in Oliver Lansley (Everett) and Katherine Kelly (Lee) two actors who were seldom less than mesmerising in the lead roles.”
John Crace, The Guardian

“Everett’s comedy, probably best on radio, was properly celebrated in the title role by Oliver Lansley, who caught not only the manic energy of his performances but how meticulous they were.”
Andrew Billen, The Times

“On the evidence of the first episode, Welcome To India combines a troubling narration and some appalling soundtrack music with an account of the lives of Kolkata’s marginal citizens that is utterly gripping.”
Tom Sutcliffe, The Independent

“There is something immensely liberating about a documentary that comes without the mediation of a hand-wringing, bleeding-heart western reporter and instead allows its characters to observe themselves entirely unapologetically and subjectively.”
John Crace, The Guardian