“Extraordinary television – mesmerising and terrifying.” Read on for the verdict on last night’s TV. 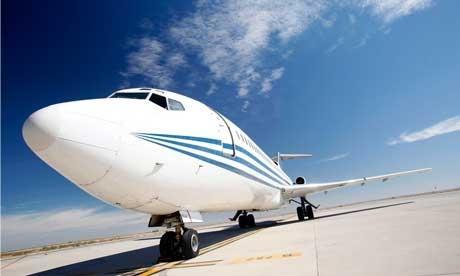 “It seemed clear that this wasn’t going to be a spectacular of blossoming flame but what the scientists called a High Vertical Load impact and what a layman might describe as a Bloody Awful Landing… Finally, after some glitches with weather and transport, we got what we came for and it was – in a soberly instructive way – just a tiny bit underwhelming.”
Tom Sutfliffe, The Independent

“Next to the impact, the strongest part of the film was the lead-up. Most astonishing was seeing the controls of the plane being worked remotely by a RadioShack-style consul hand-held in the cockpit of a pursuing Cessna… This is a documentary you are likely to remember, especially the next time you board a plane.”
Andrew Billen, The times

“Few ‘experiments’ can have been so costly and yielded so little useful information as The Plane Crash… There were some startling images during the course of the experiment… This wasn’t, however, about a spectacle. The purpose of the whole venture was to get information. When the time came for that information to be assessed and discussed, it all felt a little flat.”
Matt Baylis, Daily Express

“Young Melissa George’s fight scenes remain a precious contribution to the brain’s comedy archive. Would Harry Hill were with us now. In one scrap last night, the sprite went nine rounds with a goon twice her size, prevailed, showered and, her bruises healed, returned to her undercover job as a posh kid’s nanny.”
Andrew Billen, The times

“I had a strong sense I’d pressed the wrong button last night and was watching EastEnders when I’d intended to watch Coronation Street. Almost every scene involved people bickering and screeching. The other scenes mainly existed so that characters could make an arrangement to meet up later and do some bickering and screeching over the most contrived, improbable things.”
Matt Baylis, Daily Express