TV Critics: The Police Commissioner; My Granny The Escort; The Seduction of Smoking

“Twenty Twelve and W1A etc – are pretty much redundant. Because this is so much better.” 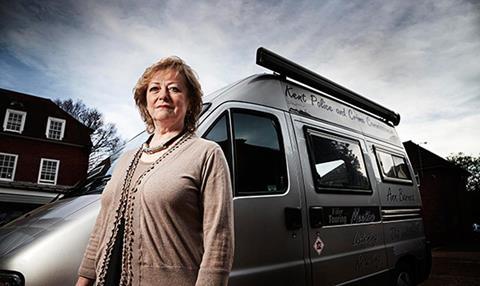 “While they still are getting made…the mockumentaries – Twenty Twelve and W1A etc – are pretty much redundant. Because this is so much better.”
Sam Wollaston, The Guardian

“This warts-and-all film, which portrays Barnes as plucky but gaffe-prone, and which frequently feels more like a Twenty Twelve-style spoof than reality, is unlikely to help her cause.”
Michael Hogan, The Telegraph

“The opening scenes of last night’s Meet The Police Commissioner (Channel 4), a fly-on-the-wall documentary about Kent police’s inaugural elected chief, were a masterclass in mischievous editing.”
Ceri Radford, The Telegraph

“Film-maker Miles Blayden-Ryall wisely realised his job was not to interfere by asking questions or steering the narrative; he simply pointed the camera and paid out the rope as Ann tied herself in knots.”
Christopher Stevens, Daily Mail

My Granny The Escort, Channel 4

“Instead of fully exploring these possibilities, Russell was content to follow his subjects around, asking faux-naif questions, like a Harold in search of his Maude.”
Ellen E Jones, The Independent

“Sordid voyeurism? Maybe, but the programme also offered a sensitive and nuanced perspective which broke down the familiar narratives of powerless women and predatory men.”
Ceri Radford, The Telegraph

Burning Desire: The Seduction of Smoking

“Taylor’s depiction of this Manichaean war between (evil) Big Tobacco and (good) anti-smoking campaigners was compelling, but there was one interested party that doesn’t quite fit his schema; the smokers themselves….[It] didn’t fully explain how cigarettes continue to seduce so many. Despite – or perhaps because of – his immersion all things tobacco, Taylor seemed at a loss to explain it.”
Ellen E Jones, The Independent

“Burning Desire (BBC2) was not a documentary but a polemic…Unashamed bias might seem acceptable in this case, but it’s hard to imagine the BBC sanctioning such a one-sided programme about other proven carcinogens — eating red meat, for example, or driving diesels.”
Christopher Stevens, Daily Mail