TV Critics: The Queen's Mother in Law; Them From That Thing; Bad Education

“She was clearly a woman of astonishing bravery.” Read on for the verdict on last night’s TV. 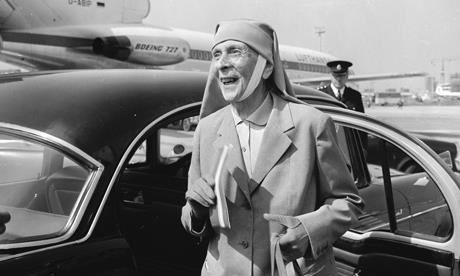 The Queen’s Mother in Law, Channel 4

“If your mother had been born deaf, applied bandages to bloody leg stumps in a war, been driven from her home under threat of murder, claimed she’d had sex with Jesus, been kidnapped when you were 11 and locked in an asylum where Sigmund Freud zapped her ovaries with X-rays, you’d probably be a bit eccentric.”
Simon Usborne, The Independent

“She was clearly a woman of astonishing bravery and, as for Philip, what a childhood and what an astonishing success he’s made of his life since.”
Virginia Blackburn, Daily Express

Them From That Thing, Channel 4

“A two-part sketch show with a hit-rate of about 40%.”
Simon Usborne, The Independent

“Sketch shows remind me of that ‘friend’ that everyone has, whose enthusiasm in telling jokes vastly outweighs the quality of their material.”
Alex Hardy, The Times

“Feels like comedy by committee, where compromises have been reached, and middle paths found.”
Sam Wollaston, The Guardian

“McGovern’s stories have more layers than mille feuille pastry, only instead of each delicately crisp layer sitting in one parallel stack, his layers all fight and crackle against one another.”
Alex Hardy, The Times

“High-tech New York vigilantes are, on their own, intriguing subjects but the series is managing to turn itself into a study of “the decline of western civilization”.
Virginia Blackburn, Daily Express