“It looks beautiful. It’s naturally performed, artfully directed, understated, cool. Of course it is – it’s French.” Read on for the verdict on last night’s TV. 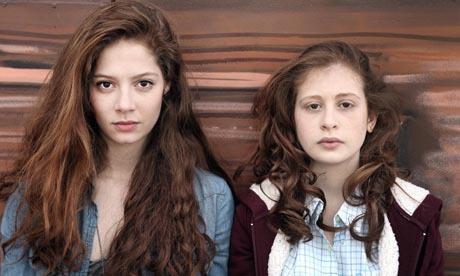 “The Returned is not your average zombie fare. These young people don’t look and walk like the screen undead often do, but like the living. They appear normal, and behave as if nothing has happened… That’s not to say it won’t make the hairs on the back of your neck stand up; it’s just that it’s more chilling than scary… It looks beautiful too. It’s naturally performed, artfully directed, understated, cool. Of course it is – it’s French.”
Sam Wollaston, The Guardian

“So far it’s very stylish, the fingernail-on-chalkboard score by Mogwai adding to the eerie urban nightscapes. And the central idea of what happens to grief when its objects are suddenly restored is intriguing, a theme pregnant with uncomfortable truths. But I’m not sure that the funereal pace can be sustained for too long now that it’s done its initial job. Ironically, The Returned now needs just a little more life.”
Tom Sutcliffe, The Independent

“The word ‘zombie’ has been used in much of the online discussion about The Returned, but this grates when you’re talking about a drama that is so sensitively handled. Instead, my thoughts returned again and again to the idea of lost children, something that permeates through literature from Peter Pan to The Pied Piper of Hamelin, haunting and achingly sad.”
Ben Lawrence, The Telegraph

Terror in The Skies, Channel 4

“More terrifying crashes, or near crashes… And all caught by cockpit recorders and filmed on passengers’ mobile phones… Not a good one to watch before flying, I’d say. It seems even – especially – our most modern and sophisticated aeroplanes are riddled with faults and may drop out of the sky at any minute.”
Sam Wollaston, The Guardian

“The programme sets about to systematically withdraw any sense of security you might have about flight. Brand new planes? Untested in real-world conditions. Old, well-established planes? Prone to sudden unpredictable failure… The pictures are fun though.”
Tom Sutcliffe, The Independent

“Despite the criticism and eggy projectiles, Cowell will be happy with this series, verging on smug. With The X Factor sliding in the ratings and Cowell’s first foray into cookery contests, Food Glorious Food!, flopping like a first-time soufflé, Britain’s Got Talent is now his big, bulletproof ratings banker. And when it comes to primetime entertainment, the viewers are always right.”
Michael Hogan, The Telegraph

“Despite most of the contestants being under 30, most of them sing ‘modern’ takes on ancient songs, or make modern songs sound positively ancient. Mike Ward did the latter, turning a contemporary Bruno Mars hit (When I Was Your Man) into a country ballad. Is that really what the record-buying public – well, MP3-stealing public – are looking for?… Holly Willoughby did her best to make it feel a bit emotional, but with The Voice still lacking a soul despite its best efforts to be so terribly worthy, most viewers probably felt more sorrow for the chargrilled shreds of sausage that had slipped through the wires of their barbecue earlier in the evening.”
Isabel Mohan, The Telegraph

“A tiger in a frozen landscape seems the very definition of incongruous. Also more beautiful still, a splash of colour and fire in an icy monochrome emptiness. Very cool.”
Sam Wollaston, The Guardian

“The plot, involving the mysterious death of a devoted couple on a Sussex clifftop a decade earlier, was, like so much of Christie’s work, creaky and unbelievable. Of course, no one watches Poirot to be told universal truths, but Elephants Can Remember wasn’t quite luxurious enough for a decadent wallow in an England that never was. It felt grey, uninspiring and half an hour too long.”
Ben Lawrence, The Telegraph