TV Critics: The Revolution Will Be Televised; Secret Interview

“I was squirming, and tied up in knots inside, with tears – of fear and laughter – running down my face.” Read on for the verdict on last night’s TV. 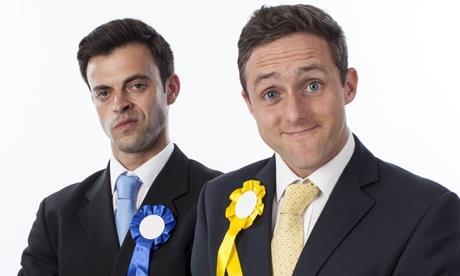 The Revolution Will Be Televised, BBC3

“I was squirming, and tied up in knots inside, with tears – of fear and laughter – running down my face.”
Sam Wollaston, The Guardian

“Like most sketch shows, it was patchy: casting Occupy protestors as hippies was a bit tired, but asking bankers to donate to a charity called GUBOFMYC (Give Us Back Our F***ing Money You C***s) did raise a puerile titter.”
Ed Potton, The Times

“It was quite a confection and it didn’t always go down smoothly.”
Rebecca Armstrong, The Independent

“A simple yet brilliant premise. A sort of cross between The Apprentice and Candid Camera.”
Virginia Blackburn, Daily Express

“A thrilling documentary about Britain’s post-war supremacy in military aviation.”

Who Do You Think You Are?

“Gripping if gruelling telly. As Wallace might say: genealogy doesn’t get tougher than this.”
Ed Potton, The Times