TV Critics: The Science of Doctor Who; Dispatches; The Day Kennedy Died

“A brilliant science lecture which had very little to do with the Doctor.” Read on for the verdict on last night’s TV. 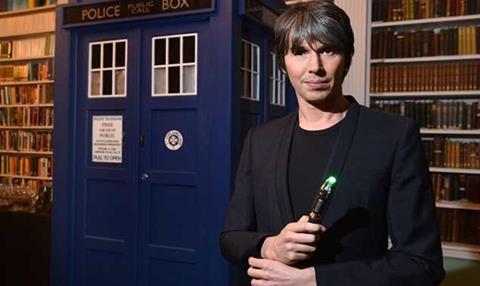 The Science of Doctor Who, BBC2

“Fanatics who watched in the hope of explanations for the Tardis and cyborgs may have been disappointed. It was soon evident they had been lured into listening to a brilliant science lecture which had very little to do with the Doctor.”
Tom Rowley, Daily Telegraph

“Whether we’ll ever be able to travel back in time depends, apparently, on the angle of some chalk lines and how slowly a man with a clock on his back can walk towards a black hole. Or something like that. It became a bit too dull to follow.”
Christopher Stevens, Daily Mail

“Cox had a few tricks up his sleeves to stop us nodding off… He can recite the speed of light off the top of his head and make the super-scientific seem very nearly comprehensible, all while emoting that trademark sense of wonder.”
Ellen E Jones, The Independent

“We no longer have to take anybody’s word for the suffering of ordinary people in the world’s most isolated country. The barely believable, sometimes harrowing footage in last night’s North Korea: Life inside the Secret State enabled us to see it with our own eyes.”
Ellen E Jones, The Independent

“This Dispatches film is a better one than John ‘007’ Sweeney’s recent Panorama, because it doesn’t have that look-at-me-fearless-journo-on-ego-minibreak element. More North Korea for – and filmed by – North Koreans then, not North Korea for John Sweeney. Which you could say is more important.”
Sam Wollaston, The Guardian

“A brilliant offering from Dispatches reminded us last night that there’s nothing funny about this country at all… TV may seem frivolous. A lot of it certainly is and other bits may be nasty, exploitative and downright dull. However, if it can change minds, sow seeds and bring down dictators, it will more than prove its worth.”
Matt Baylis, Daily Express

“Narrator Kevin Spacey ignored all the conspiracy theories. There was no mention of a sniper on the ‘grassy knoll’, no discussion of how hard it was for an amateur marksman with a bolt-action rifle to put two bullets through the head and neck of a man in a moving car almost 100 yards away. The pictures spoke for themselves, and that was enough.”
Christopher Stevens, Daily Mail

“The documentary sensibly navigated us away from conspiracy theories, sticking instead to providing commentary to accompany haunting archive footage of the President giving his very last speech less than four hours before he was shot.”
Tom Rowley, Daily Telegraph

“The focus of Leslie Woodhead’s typically exemplary documentary was those for whom the assassination was not a media event but intimate fact… Narrated in the historic present by Kevin Spacey, this film opened painfully wide what I thought was an old wound.”
Andrew Billen, The Times