“The Secret Files is a fascinating idea and last night’s selection shimmered with gems.” 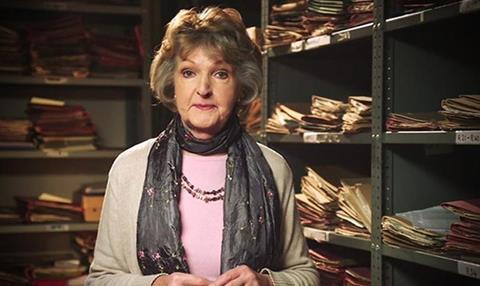 “Although linked by Penelope Keith with a script that made it sound as if we were illicitly rummaging through Auntie’s knicker drawers, BBC: The Secret Files was a programme of historical importance. The feud between Winston Churchill and the BBC is shocking. What part did all that animosity play in Churchill’s decision to set up ITV?”
Andrew Billen, The Times

“BBC: The Secret Files is a fascinating idea – not just an idea, but 4.5 miles of written archives going back to the beginnings of the corporation, which are now being picked over by Penelope Keith. Last night’s selection shimmered with gems, not least the ones concerning Lord Reith’s tussle with Winston Churchill.”
Matt Baylis, Daily Express

“There was nothing soppy about this documentary, yet it was gut-wrenchingly sad. Maybe Sue, Anna and Alejandro face an impossible task, saving the world one spider monkey and one orang-utan at a time. But it’s an inspiration to see them try.”
Christopher Stevens, Daily Mail

“To find the natural comedy in a situation and stand far enough back to let it play out is harder than it looks, and the camera doesn’t always feel as though it’s even looking the right way in Bargain Shop Wars. It’s truly a shame when programmes are produced in this box-ticky fashion without any apparent interest in finding the real narrative gold.”
Julia Raeside, The Guardian

“After SAS: Who Dares Wins and Royal Marines Commando School came the self-explanatory British Army Girls, which did little to move the format on but whose canny selection of characters ensured that the hour passed by swiftly. At a time when the government is considering whether women belong in front-line combat, this was a salvo in its favour that was all the more impactful for its honesty and realism.”
Gabriel Tate, The Telegraph