TV Critics: The Secret Life of the Pub; Inside No 9; Banished

“This doc provided nothing to answer the obvious question for viewers: wouldn’t you rather just be in the pub?” 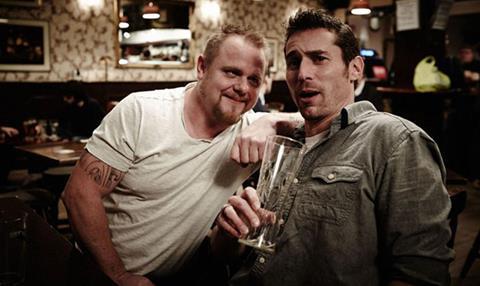 The Secret Life of the Pub, Channel 4

“The portrayal of what men talk about when their wives and girlfriends aren’t around was so wide of the mark, and so stereotypically boorish, that I suspect it was performed by actors, with scripts concocted by embittered feminists.”
Christopher Stevens, Daily Mail

“Was it a well-made programme? Well, yes, because it was amusingly edited and you could hear everything, but no, also, because it was so clearly a put-up exercise featuring a self-selecting group of exhibitionists.”
Andrew Billen, The Times

“I found myself unable to believe that the men would meet up in the Lord Nelson to talk freely about their sexual identity, amid the geezers at the bar and the ironic, studenty, beardy boys. I was equally sceptical about the pair of pinstriped City traders who’d apparently wandered in, immediately found they hated the place and then decided to stay for the whole evening.”
Matt Baylis, Daily Express

“What do men talk about, in the pub? Not politics, I’m afraid. More about how much they hate their jobs, how much they love each other, for ever. Plus scans, prostates, arses, balls, and cocks, more than anything else.”
Sam Wollaston, The Guardian

“In too many cases, it was as if the producers were happy to focus on the prurient. But what was largely missing – and what made this too unbalanced a view of male interaction – was the everyday banter that makes up the vast majority of male conversation.”
Gerard O’Donovan, The Telegraph

“Anyone who’s ever been to the pub – every British human, in other words – already has a fairly good idea of conversations that go on inside, and may even have participated in a few themselves. This doc provided entertaining examples of them all, but nothing to answer the obvious question for viewers: wouldn’t you rather just be in the pub?”
Ellen E Jones, The Independent

“Jane Horrocks was particularly good as the office gossip ‘politely encouraged to move on’, but the ultimate twist in the tale was crude, and the insight that those who offer help need it most just a little banal — by this series’ standards, at least.”
Andrew Billen, The Times

“The finale delivered all the seismic clashes – between convicts and authority, between conscience and belief, between love and death – that were promised but held back on previously. In this respect, Banished was typically, admirably, McGovern. But compared to his modern-day work such as The Street, Accused and Moving On the series fell short.”
Gerard O’Donovan, The Telegraph