TV Critics: The Silent War; Getting Rich in the Recession; The Audience; Byzantium

“A workmanlike account of the role subs played in the Cold War.” Read on for the verdict on last night’sTV. 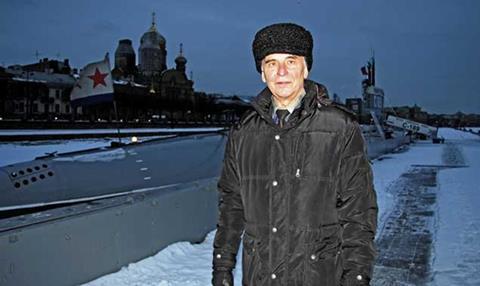 “A workmanlike account of the role subs played in the Cold War… David Belton’s film struggled somewhat to recreate the excitement, but that in itself is probably a good reflection of life under the waves: long periods of inaction, interspersed with the occasional crisis.”
Paul Kendall, The Telegraph

“If sheer authority guaranteed good television, The Silent War would have been the documentary of the year. The trouble was that senior navy men tend to be a trifle taciturn and understated. This bunch were drier than low tide.”
Christopher Stevens, Daily Mail

“My knowledge of what goes on down there has come largely from watching German film Das Boot. The Silent War revealed the real business to be rather less glamorous.”
Matt Baylis, Daily Express

“The documentary conveyed mainly the isolation and claustrophobia of life aboard these nuclear-propelled tin cans, and also the eerie silence enforced to minimise the risk of detection. It was odd only that no one was asked whether they had pondered the ethics of being among the men who might unleash horror upon the planet.”
Andrew Billen, The Times

Getting Rich in the Recession: The Man Who Buys Anything, C4

“Programmes like this don’t just need stories, they need big characters. And Steve’s fills an hour of television like his boxes fill his warehouse, to the rafters. He’s brilliant and appalling… Anyone who missed it should catch up, it was dead good.”
Sam Wollaston, The Guardian

“In the ecology of small enterprise, companies like his are the dung beetles keeping everything tidy. Not pretty to watch, perhaps, but necessary. If Channel 4 is really interested in nailing the villains of this recession, they’re going to have to go a bit further up the food chain.”
Ellen E Jones, The Independent

“Sometimes it seems that people with disabilities are only allowed on telly if disability is the topic and they’re willing to address the prejudices of the able-bodied with saintly patience, so Jane’s prickliness with her audience made for a refreshing change. Clearly she felt under no pressure to put anyone at ease or represent anyone except herself. Good for her.”
Ellen E Jones, The Independent

“The Audience was lowest-common-denominator television. Heaven forbid that this pompous, shallow, dim-witted crowd ever have any real say in the adoption process.”
Christopher Stevens, Daily Mail

“Simon Sebag Montefiore was obviously conscious of the amount of ground he had to cover and the film was such an abridged summation of events that, by the end, instead of feeling well informed, I just felt irritated… The main conclusion I drew, was that I must book a trip to Istanbul and take a proper, long look at the city, in the company of a less hyperactive guide.”
Paul Kendall, The Telegraph