TV Critics: The Story of Now; The Queen; The Fall; My Hero; David Bowie; Skint; Secrets of a Suffragette

“At no time did anyone appear to feel anything other than confected enthusiasm.” Read on for the verdict on last night’s TV. 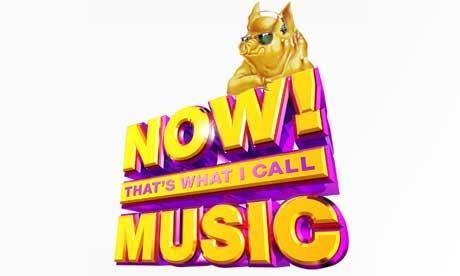 The Story of Now, ITV

“The Story of Now was assembled in the manner of those clip-show nostalgia fests that sandwich the funny bits with a commentary by celebs… And, much like Now That’s What I Call Music!, you leave these things on because however mediocre the current track, there’s a fair chance that something more interesting will come along in a couple of minutes.”
Tom Sutcliffe, The Independent

“After heavy prompting, the celebs gave precisely the answers the producers wanted to questions they had never previously given a moment’s thought. At no time did anyone appear to feel anything other than confected enthusiasm.”
Sam Wollaston, The Guardian

“In among the sound bites…the programme had some genuinely amusing contributions. Dom Joly, the comedian, revealed how he had bought a Now album featuring a Communards track, instead of the Communards’ own record – because he couldn’t be seen to adore the openly gay Communards at his boarding school.”
Neil Midgley, The Telegraph

The Queen: A Passion for Horses, BBC1

“It was unenlightening despite a dramatic promise by presenter Clare Balding to show ‘a private side’. Balding, a talented, likeable presenter was frequently consigned to the sidelines, whispering in the foreground as the Queen surveyed flighty yearlings or gentle Fell ponies. It was as if Balding was Sir David Attenborough, guiding the viewer to a rarely glimpsed specimen in its natural habitat.”
Ben Lawrence, The Telegraph

“It made me wonder if Clare Balding has the same number of hours in the day as the rest of us. Having presented a programme about suffragettes on Sunday, she was back in front of the camera for another hour the next day. At this rate she’ll soon have enough material for her own channel.”
Sam Wollaston, The Guardian

“Now that three of the five episodes have been broadcast, it’s become clear that casting Jamie Dornan – a former Calvin Klein underwear model – was a masterstroke. Handsome baddies, of course, we’ve seen before. But Dornan uses his looks to bring a coiled sexuality to every scene, whether Spector is strangling a stranger or (as he did last night) taking his tiny daughter for a walk in the country. The Fall is a crime-thriller, yes, but it has also turned into a masterful study of human appetites.”
Neil Midgley, The Telegraph

“The Fall continues to be an unsettling mix of the brilliant, the unexpected, the creepy and the pervy. Gillian Anderson is getting better and better as the emotionally controlled DSI Stella Gibson, and the cracks in the composure of serial killer Paul (Jamie Dornan) are beginning to open up nicely. My one small reservation is that sometimes it all gets a bit too slick and stylish for its own good.”
Sam Wollaston, The Guardian

“It was hard not to get misty-eyed at the footage of Barker accepting his lifetime achievement Bafta in 2004 with typical warmth and wit. The programme captured the end of an era, when Barker’s innocent blend of postcard innuendo, verbal tomfoolery and physical hi-jinks personified British comedy – long before the days of Mock the Week.”
Ceri Radford, The Telegraph

“It was not so much a documentary as a cinematic collage, a deftly crafted jumble of clips old and new, chronological without feeling linear. Now a snatch of interview, now a burst of performance, now a peep offstage… Fans might not have learnt much from Five Years – this was celebration more than investigation – but the footage made it a long and satisfying dip in the bubble-bath of nostalgia.”
Michael Deacon, The Telegraph

“How do you stop the reporting of the very poor from turning into a condescending voyeurism? One way to start, I would have thought, is to prevent your programme from looking like a non-fiction version of Shameless. Skint does exactly the opposite… A jaunty voice over the introductory montage summons memories – quite deliberately – of David Threlfall’s opening rhapsody about the Chatsworth Estate.”
Tom Sutcliffe, The Independent

“While this was a decent historical primer, covering a period of mounting radicalism among the suffragettes after 30 years of futile struggle for the vote, Davison herself didn’t emerge in much detail. Her intellect and courage were touched upon, but the personality that steered her life on such a dramatic course remained as that newsreel footage, grainy and indistinct.”
Ceri Radford, The Telegraph