“Dr Clare is far too serious-minded for scandal or smut” 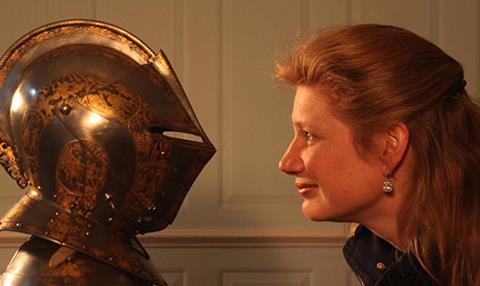 “The Stuarts was the slowest bit of telly I’ve seen in ages. Dr Clare is far too serious-minded for scandal or smut, so her portrait of James I was all geopolitics and economics — never a mention of his penchant for gay courtiers.”
Christopher Stevens, Daily Mail

“Dr Clare Jackson may be a clown among her friends and family, but she played the story of James I/VI and his son Charles straight in the first of her The Stuarts, another three-parter. That is not to say her take was unoriginal.”
Andrew Billen, The Times

“For the most part, it was a serious and engaging piece of factual storytelling.”
John Crace, The Guardian

“To the soap character ranks we should add another family, The Stuarts, whose Century of rule over the British Isles was no calmer than the average week on Albert Square.”
Matt Baylis, Daily Express

“Andrew Graham-Dixon is not the most eccentric art presenter on TV. But he is still pretty odd. Perhaps that is why I always enjoy his programmes. He has a way saying, and doing, pretentious things so that we know he knows that we think he has gone too far.”
Andrew Billen, The Times

“Graham-Dixon has an easy voice and I was soon swept along with him. The highlight of the show found him in a burial pit, surrounded by the ritual artefacts of the dead. ‘I’m amazed the Chinese authorities allowed me in here,’ he said. I had been thinking the same thing.”
John Crace, The Guardian

“Graham-Dixon is at his best when he’s one-to-one with art works and enlightening us as to their merits. Of the Terracotta Army, he observed the similarity between one of their great chambers and St Pancras station, describing the guards as “lined up like commuters travelling into eternity”. Their journey rather reflects this programme itself: uneven but, ultimately, rewarding.”
Alastair Smart, The Telegraph

“The uncompromising old-fasioned need of the title Art of China was setting out its stall as a sober, grown-up look at a big subject, with a big expert to explain it. That doesn’t mean the first part of Andrew Graham-Dixon’s series was dry, though.”
Matt Baylis, Daily Express