TV Critics: The Village; James May's Cars of The People

“Could life ever have been so lacking in joy, humour or redemption?” 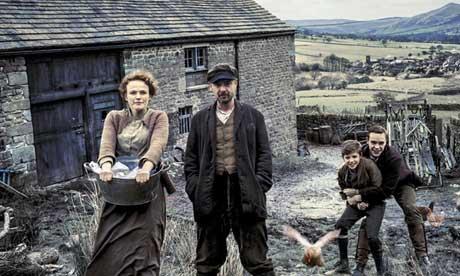 “Things are looking up for The Village, too. I’m not saying I’m now enjoying The Village (it’s still bleak as bleak), but with the new series and new era, Peter Moffat’s bold idea of creating an epic 42-part saga documenting 20th-century rural England through one Peak District community begins to make sense and take on a new importance.”
Sam Wollaston, The Guardian

“Perhaps it is impossible to simultaneously chart the events of the 20th century and create good drama. The Village occasionally scores on both counts, but the dissonance between trying to give us a history lesson and creating sympathetic characters means that the end result is muddled.”
Ben Lawrence, The Telegraph

“Each week, this epic history of a class oppression in a Derbyshire village felt like a penance. Could life ever have been so lacking in joy, humour or redemption?”
Andrew Billen, The Times

“The show’s ridiculous political bias was epitomised when an electioneering socialist stood on a soapbox at a country fair and held the revellers at the pig roast and the beer tent spellbound by reciting Shelley.”
Christopher Stevens, Daily Mail

“This was an interesting, thoughtful programme, an examination of totalitarian transport, how the motor was brought to the masses by Fiat, Trabant, Lada, Volkswagen of course, and by the regimes behind them.”
Sam Wollaston, The Guardian

“James May’s new series was a history of 20th-century tyranny told through the Nazi VW Beetle, the East German Trabant and the Soviet Lada. While the latter two cars were tat, this film was beautifully constructed with bespoke archive footage and shiny jokes.”
Andrew Billen, The Times