“It delivered everything you might want of Saturday night entertainment.” Read on for the verdict on last night’s TV. 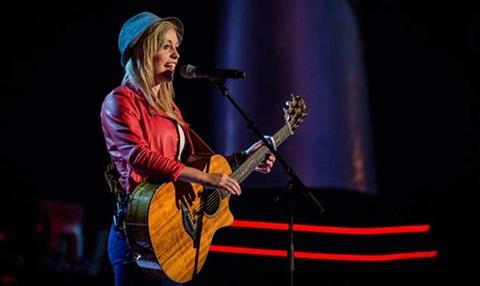 “The Voice delivered everything you might want of Saturday night entertainment: tension, comedy, pathos and, with respect to Jessie J, glamour.”
Andrew Billen, The Times

“Kylie, replacing Jessie J, was a natural in the coach’s recliner. Ricky Wilson was chipper and unforced… What was missing was a sense of volatility between the coaches… Certainly neither Kylie nor Wilson came close to Jessie J’s unforced feistiness and there is a danger The Voice UK will be less gripping for the change in dynamic.”
Ed Power, The Telegraph

“Even Kylie can’t turn this lead-lined songathon into anything halfway like a hit reality TV show. For all her distractions, there is no disguising this talent contest is a clunker — nothing more than glorified karaoke.”
Christopher Stevens, Daily Mail

“This final part of the triptych not only had all the attributes that make every episode of Sherlock great, but made further sense of the previous two from this series and set fair the next one to be something of a humdinger too. It makes the rest of telly look like a clunking mass of decrepit, ill-fitting parts.”
Lucy Mangan, The Guardian

“The concluding episode in this current run of Sherlock delivered the goods. It had intelligence, humour and obscure fanboy references galore.”
Ellen E Jones, The Independent

“Sherlock’s last, dark chapter in 2014 was the best of the lot. The episode belted along, was neatly structured, and boasted not just the one jaw-dropping surprise but a couple more narrative broadsides. The third series of Sherlock has been event TV. Its lead actors are now at the top of their game.”
Serena Davies, The Telegraph

“Shot in moody greys and blues, Hostages clearly regards itself as classy TV. But while it borrows the gunmetal aesthetic of the new wave of Scandinavian drama, beneath the surface the show seemed to be thrashing to stay afloat and at times verged on hysterical.”
Ed Power, The Telegraph

“Hostages borrows its plot from a hit Israeli drama, so it’s been touted as the new Homeland. Actually, it was more like the new 24: same shouty, adrenalin-pumped pomposity, same ticking-clock tension and the same potential to veer into ever more implausible plot directions.”
Ellen E Jones, The Independent

“Regrettably, the dialogue is atrocious. Lots of people say things not because they’re the sorts of things people say but because the audience needs to know certain information and the writer couldn’t think of a cleverer way to get it across.”
Matt Baylis, Daily Express