TV Critics: The Walshes; How To Be A Billionaire; WW1’s Forgotten Photographs

“Not the subtlest piece of work you’ll ever see…but there are lovely touches.” 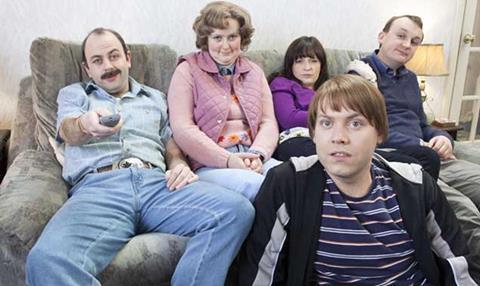 “It’s not the subtlest piece of work you’ll ever see…but there are lovely touches. Linehan et al are either geniuses or need to be burned as witches. I’ll tune in next week to decide.”
Lucy Mangan, The Guardian

“I kept hoping that the family meal would build towards delirium as jokes do in Linehan’s Father Ted and The IT Crowd. It was mostly just awkward. It suffers from being made without a studio audience, presumably for fear of comparison with Mrs Brown’s Boys.”
Andrew Billen, The Times

“Just three half-hour episodes seems unnecessarily cautious. Everybody enjoys a family sitcom, and this one is funnier than most… The Walshes, with its unexpectedly touching mother-daughter moment and surrealist tinges, hails from a different tradition [than Mrs Brown’s Boys]. The eccentric but happy Walshes have more in common with Caroline Aherne’s Royle family or the Goodmans on Channel 4’s under-watched Friday Night Dinners.”
Ellen E Jones, The Independent

How To Be A Billionaire, C4

“It’s a classier kind of freakshow than the ones about poor people, parasitic twins and poodle-shaggers, but freakshow it is, so sit back, light up a cheroot and enjoy! I’d love to tell you what valuable insights into the ever-spinning minds of the monumentally successful entrepreneur were gleaned, but there were none. Nobody, evidently, in the whole long line of commissioners, producers, editors and directors through whose hands the programme must have passed, cared. The script was gobbledygook.”
Lucy Mangan, The Guardian

“The intriguing Hidden Histories documentary proved again how effective still pictures are on television and also of the threat photography poses to power.”
Andrew Billen, The Times