“The absolute glue here is Reece Shearsmith as Webster. His was a twitch-perfect performance.” 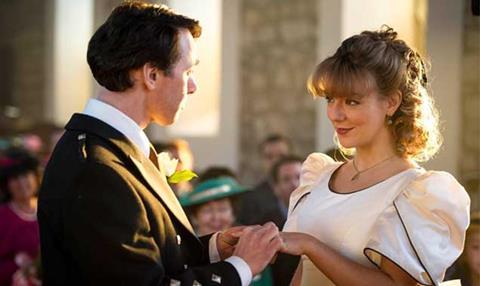 “Reece Shearsmith’s quietly depraved, just about plausible central performance made last night’s first episode really rather watchable. With that curious man-boy face, he has a talent for characters that exist worryingly near the boundaries of sanity, and his prissily controlling Webster was both sinister and richly dislikable.”
Mark Monahan, The Telegraph

“Webster’s crimes are chilling enough, but Shearsmith’s disarmingly mild-mannered performance revealed a further level of detestability. This actor doesn’t need to crawl around like Papa Lazarou to send shivers down your spine.”
Ellen E Jones, The Independent

“This drama was delivered completely without sensationalism. That The Widower is such a classy affair shouldn’t be surpising given the team that made the three-parter. The absolute glue here though is Reece Shearsmith as Webster. His was a twitch-perfect performance.”
Alex Hardy, The Times

“The Widower built up a suffocating atmosphere thick with banal detail.  The story sometimes hopped too fast and too far between scenes, with only clunking captions to supply the context… But this blend of true crime and psychological drama promises to maintain its grip to the end.”
Christopher Stevens, Daily Mail

“Maybe I’ve been spoiled by all the masterfully detailed, psychologically acute murder-y dramas we’ve had over the past few years from the US, Scandinavia and even occasionally from our own septic isle, and it’s ruined me for simpler fare – but even allowing for that, the new three-part series The Widower feels like thin gruel.”
Lucy Mangan, The Guardian

“Life and Death Row is not only a cleverly structured, well-balanced look at both sides of the death penalty argument. A documentary of this quality also makes a compelling case for BBC3 ‘s own stay of execution.”
Ellen E Jones, The Independent

“The first episode was highly charged and beautifully constructed, drawing together a cluster of interviews to offer a multi-faceted impression of two crimes. This was a compelling and provocative documentary, one of the best so far this year.”
Jake Wallis Simons, The Telegraph

“I presumed because this was BBC3 that this might be the documentary equivalent of a debating guide for General Studies A Level. It was certainly not. It was an impeccably woven account and uncomfortable preconception-busting. Now how’s about a stay of execution for the important channel that aired it.”
Alex Hardy, The Times

“As I watched Ben Anthony’s heart-searching documentary I found myself hoping BBC3 might get a stay of execution. As far as the two convicted murderers were concerned, my feelings were more mixed and it was that sense of emotional confusion that the film mined so brilliantly.”
Matt Baylis, Daily Express