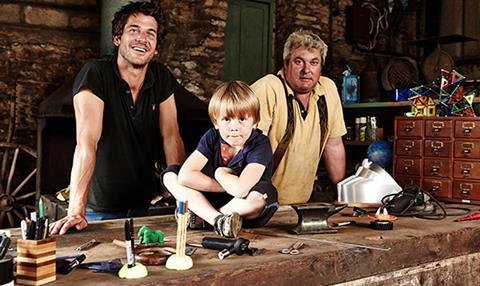 “The eponymous lead character, Tom Lawton, was an inventor with boyish good looks and enthusiasm for gadgets. He appeared to go through life as if constantly nibbling a giant Wonka bar.”
Michael Pilgrim, The Telegraph

“It’s all fairly pleasant, in a wacky, tinkering-about kind of way. The one wonky sprocket is the repeated adulation of a small boy who doesn’t, naturally enough, have that much to do with it.”
Matt Baylis, The Daily Express

“Meet Tom Lawton, adoring father, inventor and now presenter of his own TV show. Tom is peppy, outdoorsy and full of gloriously impractical solutions for problems you never knew you had.”
Ellen E Jones, The Independent

“This is shallow, exploitative television, the kind that makes you feel mucky for watching it. It also fails even to try to discern between what is eccentric parenting and what borders on child abuse.”
Christopher Stevens, Daily Mail

“Child Genius is a slightly genius programme itself, combining a quiz, namely the Mensa Child Genius of the Year competition, with an observational documentary.”
Andrew Billen, The Times

Red Arrows: Inside The Bubble, BBC2

“Narrator Eddie Redmayne did his best to ramp up the tension, but there’s a limit to how exciting technical glitches and weather predictions can sound.”
Christopher Stevens, Daily Mail

“The film was unrevealing, narrated in a matter-of-fact, blokeish manner. It failed to get inside the heads of the Red Arrow pilots and would-be pilots as they were put through their paces.”
Michael Pilgrim, The Telegraph