“Ronan Bennett’s astute, confident scripts have been as adept in the smaller moments as in the violent showdowns.” Read on for the verdict on last night’s TV. 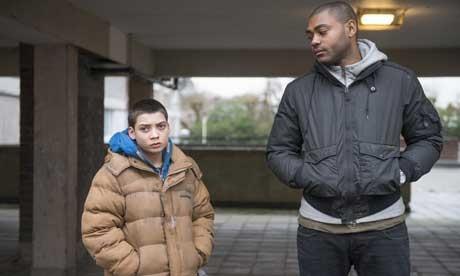 “Top Boy’s real power lies not in the gangs and guns, but in its examination of relationships and the many ways, both big and small, in which we fail those who trust us. That’s not to say the various crime plots weren’t central to the storyline this season, but Ronan Bennett’s astute, confident scripts have been as adept in the smaller moments as in the violent showdowns, as concerned with what isn’t being said as with what is, cleverly peeling back the layers of bravado to show the bluff within.”
Sarah Hughes, The Independent

“The past four weeks were ennobled by subtleties. I loved it that the boy-gangsters were tiring of heir own vocab, how rapping itself was exposed for its forced rhymes and fantasies… Visually, it could have been so easy to paint Hackney monochrome, but the colours were vivid or pastel, the world as seen through engaged young eyes.”
Andrew Billen, The Times

“We’re three quarters of the way through the first season and so far this is a show that isn’t quite in the top pantheon. All the ingredients are present: a great cast including Liev Schreiber, Jon Voight and James Woods, a clever scenario pitting Boston sensibilities against Hollywood superficiality and some sharp writing; but somehow it hasn’t quite clicked.”
Sarah Hughes, The Independent

“For all the joys of jaunty incidental music and 1960s film stock, the hilariously unreconstructed and the probably misleading impression that Britons were less fat and venal then, this episode was an exasperating mish mash… I was left with a vague, doubtless deluded impression that 1960s Britain was like what we presume New Zealand to be now – monoglot, cleaner, safer, infinitely more boring.”
Sam Wollaston, The Guardian

“Bad Education has moments when you close your eyes and want it to stop and moments when you can see the gag coming and you think no show could be grim or cheap enough to do it and it goes ahead and does it. There are moments too when you’re sure Year 8 wrote it all in a wet playtime.”
Matt Baylis, Daily Express

“The episode saw a welcome return to bakers being judged on their bakes, rather than on the contraptions and trinkets they’d managed to bring in from home.”
Neil Midgeley, The Telegraph

“I’m not sure I believe that certain people are Born To Kill but …the longer you looked at  the strange case of Linwood Briley, the more you wondered if perhaps it was true that some people really are born with a propensity for evil.”
Matt Baylis, Daily Express