“Without doubt the most original TV drama of the year so far, and possibly the best.” Read on for the verdict on last night’s TV. 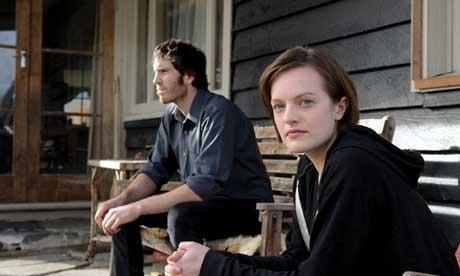 “There’s a lot going on in this drama. It’s funny, poignant, sinister and consistently gripping… If it has a fault, it is that it is too man-hating – we need a sympathetic male and soon – but it is without doubt the most original TV drama of the year so far, and possibly the best.”
Serena Davies, The Telegraph

“The seeds of a complex and gripping story have certainly been sown, and while Top of the Lake may not be on a par with the exceptional European dramas I mistook it for at first, it should be worth sticking around.”
Tom Meltzer, The Guardian

“The first episode of the BBC’s co-production with Sundance was rather brilliant. Some Campion tropes went unavoided, of course. The remote, and inert, New Zealand lake of the title is, yes, a receptacle of death… Nor has Campion abandoned her favourite theme, the maltreatment of women. But it is played here with wit, which makes all the difference.”
Andrew Billen, This Times

“As a set-up for a crime drama all this is brilliant: the lawless men, the savage country that both drives people away and draws them to it. It’s just the weirdness that doesn’t work, sitting awkwardly on top of the plot like algae on a lake.”
Matt Baylis, Daily Express

“Most of the women in the first episode were saved from the rather meat-and-potato characterisation doled out to the male characters, by being, well, a bit odd – particularly those few we met on the commune. How would you respond to a very pissed off Peter Mullan, with large sons, loudly enquiring what you’re doing on his land? Probably not, as one woman did, by telling him that she is there to recover from a failed relationship with a chimpanzee.”
Mike Higgins, The Independent

“James Hunt may have had the glamour and good looks but it was Niki Lauda’s tale that punched hardest in BBC Two’s fine documentary about the great Formula 1 rivals. As his Ferrari manager, Daniele Audetto, recalled how the Austrian driver returned to racing just five weeks after his horrendous crash at the 1976 German Grand Prix had melted large amounts of the skin off his face as well as most of an ear, it was hard to feel anything but admiration for the man colloquially known as the Rat because of his rodent-like features.”
Serena Davies, The Telegraph

“The half-dozen or so survivors who provided their testimony of the hellish events of that night are tough men, whose direct accounts were as moving for what was omitted as for what was included.… As far as it could, the programme recreated what their experience might have been like in sound and visual effects that were as eerily beautiful as they were terrifying. It was a gamble to play with these men’s most awful memories, and it paid off: the result was mesmerising.”
Mike Higgins, The Independent

“One could not fault Jack Cocker’s film, which featured one brilliant and revealing interview with a dying person after another, none the least alike.”
Andrew Billen, The Times