“These are recognisable characters brought to life with precision, originality and bite.” 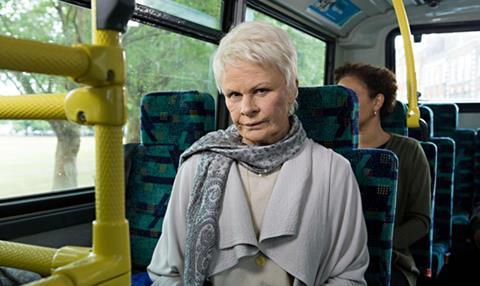 “This is a wonderful homecoming. It’s not just that Ullman’s performances are impeccable, it’s also the detail layered on by the writing team. These are recognisable characters brought to life with precision, originality and bite. Plus, at a time when television often finds it unfashionable to feature middle-aged women, here they’re the stars of the show.”
Alex Hardy, The Times

“Pitch-perfect impressions are a tricky business but Ullman succeeded in this first episode. In the pipeline are some swipes at the royal family, and if the pictures I’ve seen of Ullman as a tweeded-up Camilla Parker Bowles and Carole Middleton are anything to go by, we’re in for a treat.”
Sally Newall, The Independent

“It was the impressions of familiar faces that worked the best, while the skits featuring ordinary people were the weaker element. There’s no rhyme or reason for Dame Judi to be portrayed as a thieving thug, but it was very funny all the same.”
Claudia Connell, Daily Mail

“In some ways it is brilliant. Her Dames Judi and Maggie are spot on, uncanny. But simply pretending to be someone else is no longer enough.The ideas and the writing let it down. It’s not brave or funny enough, like a step backwards from Little Britain, 10 years after Little Britain.”
Sam Wollaston, The Guardian

How to Lose Weight Well, Channel 4

“I know people trying out popular diets and fat-shedding methods isn’t exactly ground-breaking television, but if done well – and this was – it can be entertaining, informative and may just help us all shift the mince-pie muffin top. There could have been a bit less explaining between ad breaks but it was an engaging watch, not least the ever-game Xand giving weight-loss pills a go.”
Sally Newall, The Independent

“The way these experiments were conducted made the cheapest snake-oil peddler look like Marie Curie. As experiments go, these felt rather like testing the effects of lager by drinking cactus juice or trying to find a cure for human boredom with dog chews. Rather like dog chews, they were chucked in to distract us from the dieting.”
Matt Baylis, Daily Express

“It’s a strong premise — an invitation to gather oddballs together in a stunning setting — and last night’s first episode was promising, as the inhabitants embraced a party in their hospital home. Creator and star Phoebe Waller-Bridge writes awkward honesty well. I look forward to seeing the wonky paths they all go down next.”
Alex Hardy, The Times

“This grungy comedy wasn’t without good gags. However, it frequently felt clumsy and derivative. I’ve seen the second episode and it does settle into something funnier, more likeable and less irritating. However, this opener made me want to sit it down with a cup of tea, hold its hand and gently tell it to calm down. It was over-tired and showing off.”
Michael Hogan, The Telegraph