“Turks & Caicos wasn’t a thriller so much as a series of stagey set-pieces.” 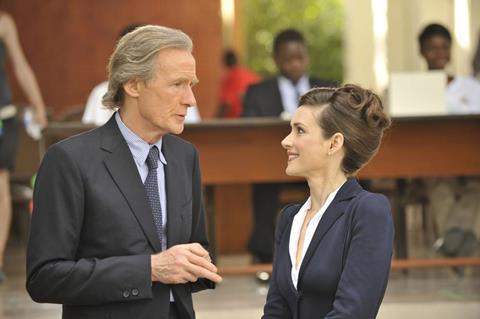 “As you would expect from David Hare, the writing was first-rate. Characters may have had a tendency to answer every question with another question but nothing was wasted on unnecessary exposition. The third part of the trilogy, Salting the Battlefield, is being broadcast next week. Can’t wait.”
John Crace, The Guardian

“Hare’s prestige as a playwright had attracted a platinum-plated international cast for this second instalment, but his screenplay couldn’t rise to the challenge. Turks & Caicos wasn’t a thriller so much as a series of stagey set-pieces in which characters pontificated about the War on Terror and the world’s moral bankruptcy.”
Adam Sweeting, The Telegraph

“So far, so Death In Paradise, only Turks & Caicos has a cast of top-notch talent that wouldn’t usually be caught  dead on BBC primetime. David Hare’s classy, cool script is clearly enough of a lure.”
Ellen E Jones, The Independent

“Turks & Caicos was worse even than the static and implausible Page Eight. The plot, such as it was, proceeded by pause-dented speeches constructed of clichés, literary quotation and Wikipedia-style information on global finance and the war on terrorism.”
Andrew Billen, The Times

Arena: Whatever happened to Spitting Image?

”Arena: Whatever happened to Spitting Image? was a much-needed reminder that there has been nothing quite like it since. Today’s politicians may feel as if they are constantly under the media microscope, but they don’t have to endure anything like the weekly savagery of the Spitting Image latex puppets.”
John Crace, The Guardian

“Arena: Whatever Happened To Spitting Image? was pretentious, confused and rambling. It was only enlivened by brilliant archive footage: glimpses of Norman Tebbit stirring his tea with a cut-throat razor and Mrs Thatcher reshuffling her Cabinet with a baseball bat.”
Christopher Stevens, Daily Mail

“Perhaps I was daft to hope for so much from an ITV documentary. But without any kind of insight or assessment, Dangerous Dogs really was just dangerous dogs.”
Matt Baylis, Daily Express

“Footage of dog wardens wrestling with an abandoned American Bulldog or a terrified Akita was allowed to run on incoherently, crying out for humane intervention by the digital vet in the editing suite. Lord knows how they’re going to pad out the second part.”
Adam Sweeting, The Telegraph