“These revelations felt intrusive and unnecessary. Can we not let sleeping mummies lie?” 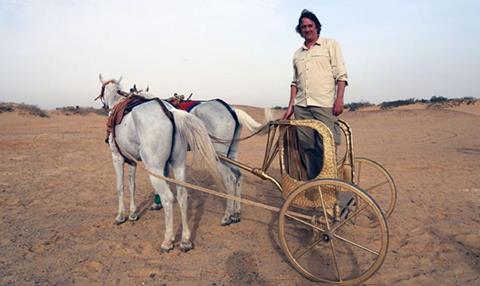 “Dallas Campbell’s documentary was (yet another) attempt to solve ‘one of Egypt’s most enduring mysteries’. It had one flashy new theory, withheld until the very end of the programme. As this theory made no attempt to explain the unusual aspects of the tomb, it was not persuasive.”
Ellen E Jones, The Independent

“People will argue that we should commend rigorous historic research like this, but these revelations about Tutankhamun’s incestuous parents, his subsequent deformity, hormone imbalance and epilepsy felt intrusive and unnecessary. Can we not let sleeping mummies lie?”
Rupert Hawksley, The Telegraph

“The ‘revolutionary new theory’ that we were assured turned out to be a plateful of old news that first appeared in September 2012. Dallas Campbell’s hour-long investigation into the death of Egypt’s most famous king was more than a disappointment. It was a swizz.”
Christopher Stevens, Daily Mail

“All the other the other theories about the boy king’s demise can be discounted, or they can if you want to replace one convenient answer with another. I’m happier with a mystery.”
Matt Baylis, Daily Express

“As painful to watch as it was an important piece of television. With the latest strategic defence and security review due to pronounce on the British Army’s raison d’etre next year, this documentary is a timely reminder of the dangerous disconnect between Whitehall and the battlefield.”
Ceri Radford, The Telegraph

“At the same time as offering a post-mortem on Britain’s most recent engagement in the area, this programme, broadcast on the day the UK ended Afghan combat operations, continually cast its gaze to the past. [But it was] cleverer than to suggest it’s all about history repeating itself.”
Matt Baylis, Daily Express

“As usual with these Blakeway productions, the documentary talked to all the key players (excepting, so far, Bush and Blair), including ex-British soldiers down to sergeant rank. They were joined by one cowardly Taliban commander, his face wrapped in black crepe like something from a Black Magic assortment.”
Andrew Billen, The Times

“It hacked and slashed its way through the first three-and-a-half centuries of the Eternal City’s history, gladly accompanied by actor Larry Lamb, whose undisguised enthusiasm and joy at the prospect of a journey through Italian time and space was – well, just smashing, really.”
Lucy Managan, The Guardian