TV Critics: Unforgotten; Inside Dior; After Brexit; The Cruise

“All those strands come together in a satisfying knot.” 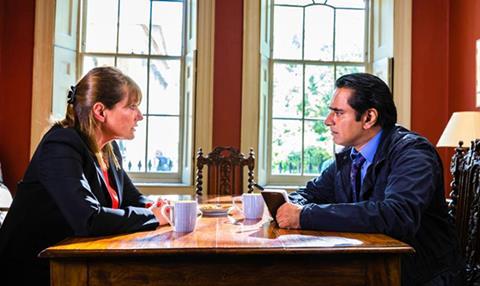 “This superlative six-parter was straightforward drama where the protagonists were people first, cops and criminals a distant second. Having built a labyrinth over five episodes, creator Chris Lang spent last night meticulously writing his way out of it towards a bold climax. The results were first-rate.”
Gabriel Tate, The Telegraph

“As a solution to the murder mystery, it is a convincing and clever one, as it was with the first series, but not too clever-clever, like Sherlock. All those strands come together in a satisfying knot.”
Sam Wollaston, The Guardian

“I can’t avoid expressing minor reservations about the plot and its denouement but I’ll first acclaim the writing and the performances for preventing the anger turning pathological or the tenderness sentimental. Nevertheless, the mechanism of the conspiracy was a crib from Highsmith and Hitchcock’s Strangers on a Train — clever but not original.”
Andrew Billen, The Times

“As well as being an informative history, the first of Michael Waldman’s superior two-part observational documentary was embroidered with sly mockery of the fashion house. The only problem was that although the film was plotted against the countdown to the revelation of the fashion house’s next creative director, neither of the internal candidates got the job. Telling us that Maria Grazia Chiuri of Valentino won the gig was like introducing the real killer in the final minute of a whodunnit.”
Andrew Billen, The Times

After Brexit: The Battle For Europe, BBC2

“Talk about sore losers. Some people (and the BBC is full of them) are tying themselves in knots to prove that Brexit is, as the Corporation’s own Europe editor, Katya Adler, puts it, ‘an irrelevance’. Despite Katya’s superior tone, this was a tightly edited survey of anti-EU attitudes across the Continent, and the soundbites from contributors were well chosen.”
Christopher Stevens, Daily Mail

The Cruise: Sailing The Mediterranean, ITV

“This series has been as moreish as a jug of Beverly Hills cocktails. It was often little more than an advert for the cruise line, and was much too fixated with the ship’s plumbing… but it doesn’t half make you feel like weighing anchor and heading for the sun.”
Christopher Stevens, Daily Mail