“Elton’s new show slipped by as smartly as Blackadder once did and enabled us to forget things he’d written in between.” 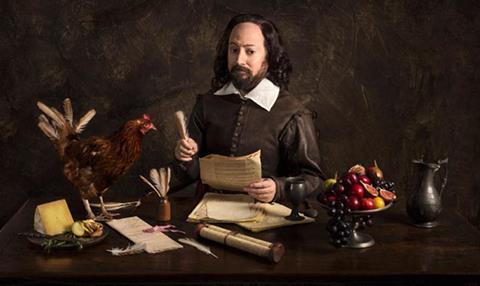 “Forever glancing over its shoulder at the future, Elton’s new show slipped by as smartly as Blackadder once did and enabled us to forget things he’d written in between. This show is a lot funnier than the Gravedigger or any of Shakespeare’s comedy turns.”
Matt Baylis, Daily Express

“Upstart Crow is a knockabout, well-researched take on the working and domestic life of Shakespeare. Even if your knowledge of Elizabethan domesticity is scant, Elton’s new family sitcom is a return to jokes and I welcome that with ye knobs on.”
Julia Raeside, The Guardian

“Mock-Shakespearean jargon can be the naffest sort of humour. Yet, verily, I found it a bit of a hoot. The Fatcher-ranter of old is back.”
James Jackson, The Times

“This is no Blackadder. Its sitcom format feels lumbering and it has a complacent tendency to rely on David Mitchell’s waspish delivery of cod-Shakespearese – but, since it’s the poor chap’s anniversary, I could give it one more chance next week.”
Tim Martin, The Telegraph

“Reassuring viewing for 13-year-olds. For others it followed the usual list-show form — amusing for 20 minutes; ho-hum after 30; why-the-hell-am-I-still-watching after 40. When, after 50 minutes, Danny Dyer started describing his first masturbatory experience, the race for the remote control was a matter of urgency.”
James Jackson, The Times

“Occasionally it was amusing. Vic Reeves and Bob Mortimer were too concerned with trying to make each other laugh to bother saying anything clever, and so were effortlessly funny. Mostly, though, it was crass fare.”
Christopher Stevens, Daily Mail

“This one-off documentary combined all the qualities that make Sir David’s incomparable shows so revered. The shots of dolphins in fluorescent seas, their outlines picked out in neon blue, were perhaps the most beautiful and mystifying sight ever shown on any Attenborough programme.”
Christopher Stevens, Daily Mail

“Thanks to a robotic sub and aptly named oceanographer Dr Haddock, Attenborough found the weirdest lighting systems of all at the bottom of the sea. Vampie squid, comb jellies, dragonfish… these life-forms were mind-blowing enough without the self-generated neon display.”
Matt Baylis, Daily Express