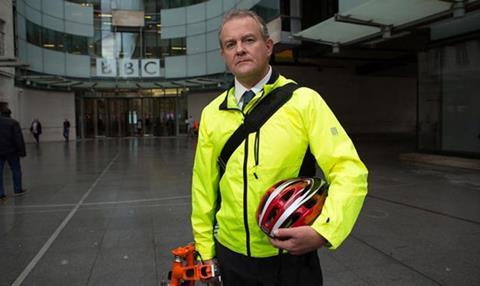 “W1A came billed as satire: a show that would dare to laugh at the BBC by exposing its idiocies. But it’s too cozy for that; indeed, by showing the BBC as an organisation that can laugh at some of its foibles, it neutralises any genuine criticism of its practices. W1A is just another, better than average, sitcom.”
John Crace, The Guardian

“This show will reward repeated viewing. From the first seconds, W1A signalled its merciless intentions. The highly-paid and self-satisfied directors of the Beeb were expecting W1A to be a bit of a whoopee cushion. This morning, they realise they’ve sat down heavily on a porcupine, and they will be pulling needles from their behinds for weeks.”
Christopher Stevens, Daily Mail

“W1A is funny enough without celebrity cameos. Like ‘Tony’, the unreachable DG, the talent would loom larger if left to be imagined.”
Andrew Billen, The Times

“On the evidence of this opener, W1A doesn’t have the charm of its predecessor. The script was witty but wordy, barrelling from one informal chinwag to the next. It was trying a little too hard and verged on smug.”
Michael Hogan, The Telegraph

“W1A’s flaws don’t need a Powerpoint presentation to catalogue: not enough of the unselfconscious interviews with characters to help us understand what on earth is going on in their tiny minds; writing that doesn’t quite become fluent in Birtspeak; an apparent reluctance just to take actual BBC lunacies ‘off the shelf’ and milk them for all they’re worth. This mockumentary needs a bit more ‘mock’.”
Sean O’Grady, The Independent

“However spot-on and biting, it rarely raised more than a snort last night. There is, in addition, a certain unhappy quality that comes from a BBC show having a pop at the BBC. It’s sort of desperate, like a picked-on child impersonating himself in order to stop the bullies doing it.”
Matt Baylis, Daily Express

“Writer Jed Mercurio’s creation has been a classily compelling series to stand alongside the best that America or Scandinavia has to offer. It deserves to be an award-winning, career-changing role for Keeley Hawes.”
Michael Hogan, The Telegraph

“Of the substantive allegation that Mercurio makes most other writers on British TV look ordinary, Line of Duty’s creator is, of course, guilty as charged.”
Andrew Billen, The Times

“In common with almost every documentary in the Storyville strand, this was a beautifully made piece of television, combining forensic analysis with intensely moving personal testimonies.”
John Crace, The Guardian