TV Critics: Walking With Dogs; For The Love Of Dogs; Made In Chelsea; Sing For Your Life

“There surely must have been some serious culling of dull doggy stories because everything that remains is a little bit extraordinary.” Read on for the verdict on last night’s TV. 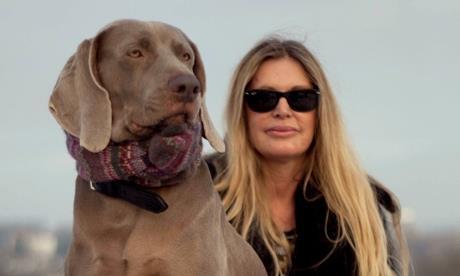 “There surely must have been some serious culling of dull doggy stories because everything that remains is a little bit extraordinary… They’re wonderful – the dogs, their owner, the film, all of it.”
Sam Wollaston, The Guardian

“Vanessa Engles’ beautiful, simple film showed that pooches aren’t just an accessory in people’s lives but a key player in driving them towards something better… Among the meaningful stuff there was a universal truth here, no deeper than ‘we all like little fluffy things’. A brilliant balancing act.”
Alex Hardy, The Times

“Although Engle’s film began with an ominous display of doggy sentiment, it was very soon clear that it was people she was interested in and not their frankly interchangeable companions… The theme that slowly emerged was of the dog as unwitting social worker, a four-legged crutch that had helped an extraordinary range of people get through difficult times in their lives.”
Tom Sutcliffe, The Independent

“Engle’s film demonstrated without preaching or leading questions that looking after another life provides some meaning when our own seems to have lost it.”
Matt Baylis, Daily Express

Paul O’Grady: For The Love Of Dogs, ITV1

“A sickly combination of anthropomorphism and animal hospital tear-jerking… the programme itself needed to be bagged in plastic and disposed of in a responsible manner.”
Tom Sutcliffe, The Independent

Made In Chelsea, Channel 4

“I’ve heard people say mean things about Made In Chelsea – that it’s just about a bunch of vapid posh tossers doing nothing very much, and is neither reality nor drama. Which, to be fair, is hard to argue with. But they are rather magnificent posh tossers, no? More seriously though, I think it gives the less privileged, with less shiny hair and snaggled teeth, something to strive towards. It’s aspirational.”
Sam Wollaston, The Guardian

Sing For Your Life, Channel 4

“I’m sure this was meant to be one of those ‘uplifting journey’ docs, and was prologued to ensure that we knew there was at least a happy ending of sorts – a successful gig, one member being given the all-clear, a smiling Russell Watson mucking in at rehearsals. But all those good spirits couldn’t, for me, outweigh the cruel situations that had throbbed throughout.”
Alex Hardy, The Times