“This is a production of noble ambition and grand execution; a thrilling trumpet blast for the new year.” 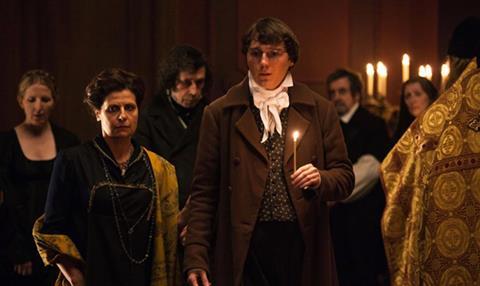 “Andrew Davies has made an excellent job of this tale of the Russian aristocracy seeking its soul by way of the Napoleonic Wars. We met all members of the key households pretty quickly, conversations had thrust and lucidity, and there were some tremendous battle scenes at the end of the episode. This is a production of noble ambition and grand execution; a thrilling trumpet blast for the new year.”
Serena Davies, The Telegraph

“The entire production is like a Napoleonic cavalry charge on the emotions, and the opening hour-long episode was nothing less than a sweeping victory. It has everything the perfect costume drama demands, in such lavish quantities that even the most profligate Russian oligarch would feel he’d got his money’s worth.”
Christopher Stevens, Daily Mail

“The sets were sumptuous and the cast impressive, although it was hard to shake the very English presentation of these Russian families – perhaps because about half the cast can currently be found acting in the BBC’s other ongoing period drama, Dickensian.”
Amy Burns, The Independent

“It took the deep-voiced Russian choruses that punctuated some scenes and the shots of CGI sailing ships frozen on the Neva to remind me War and Peace was set not in Georgian England but tsarist Russia. No matter, I’m already hooked.”
Stuart Jeffries, The Guardian

“The book’s epic quality felt diminished a little but it would be anyway at six hours and without Hollywood budgets. What is important is that we get the idea that these two young men’s instincts for self-determination are being overwhelmed by alien forces — and that we care about them. We do.”
Andrew Billen, The Times

“It’s refreshing to see a German drama on British TV. Never has it had the cachet of Scandi dramas like The Killing, Wallander or The Bridge. There’s nothing, yet, as stylish or inventive as those in Deutschland 83, but there are unexpected pleasures. One delight is rooting for the putative bad guys.”
Stuart Jeffries, The Guardian

“A spy fantasy that makes the recent The Man from UNCLE film look gritty. Jonas Nay as Martin is no more than adequate in the main role, although the script has so far not given him much to do beside look, understandably, nervy. Deutschland ’83 proves that potboilers can come with subtitles too.”
Andrew Billen, The Times

“The pleasure came from the little details of life on the other side of the Iron Curtain. 1983 isn’t so long ago, but Communist East Germany now looks like another planet: the orange curtains, the cheap clothes, the pathetic excitement of teenagers at listening to illicit western pop music. This is a period drama that sometimes lacks drama but makes up for it with a deep sense of period.”
Harry Mount, The Telegraph

Beowulf: Return to the Shieldlands

“Judged as medieval soap opera, Beowulf delivered the occasional cheesy thrill. Yet it lacked the otherworldly flourishes and rich world-building of the source material. There was plenty of blockbuster sparkle here but little true magic.”
Ed Power, The Telegraph

“After the superior The Last Kingdom this is another attempt by British television to get a corner on the Game of Thrones market. It is all pledges to ‘avenge’, dodgy punk haircuts, bad child acting and monster animation that recalls Ray Harryhausen’s in the Sixties.”
Andrew Billen, The Times