TV Critics: Welcome to the World of Weight Loss; Who Do You Think You Are?; William Burrell; Nurses

“A film that was sharp, tight and constantly funny.” Read on for the verdict on last night’s TV. 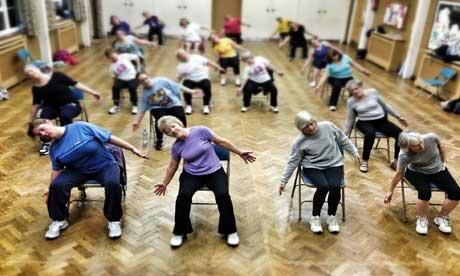 Welcome to the World of Weight Loss, BBC2

“There was something very 90s about Welcome to the World of Weight Loss… This was a weight-loss documentary free of the staples of the genre. There was no narrative, no hero on a quest to achieve a certain weight… But Engle’s interviews said more about what drives people to overeat, to obsess about their bodies, and to return each week to share their struggle with strangers, than the neat ‘will-they-reach-their-goal?’ format could ever hope to.”
Tom Meltzer, The Guardian

“Vanessa Engle’s raw material wasn’t ground-breaking. She visited three different dieting clubs, WeightWatchers, Rosemary Conley and Slimming World, picking out dieters to follow in depth at each. But her lightness of touch was transformative. By selecting material that perfectly captured her interviewees as people, and then cutting it together with mischief and acuity, she produced a film that was sharp, tight and constantly funny.”
Iona McLaren, The Telegraph

“At the core lurked a message about the universality of weight problems, because of the universality of emotion. Nearly all these slimmers were driven by crippling emotional issues, from body dysmorphia to guilt at a child’s learning difficulties. You’re sad – you eat. You’re happy – you eat. It’s a tangle that needs more than a slimming club can chuck at it, and Engle could have done with more than an hour to unpack.”
Alex Hardy, The Times

“This wasn’t the most scintillating WDYTYA? of its 10 series, but Gary was value enough, even if the ancestry discoveries were probably more of interest to him than anyone else.”
Will Dean , The Independent

“Who Do You Think You Are? has had some emotional heft of late. Last night the show got some soothing balm care of Gary Lineker. He giggle, charmed and almost flirted the way up his family tree.”
Alex Hardy, The Times

“Not being a football fan, I was previously indifferent to Gary Lineker but after his performance on Who Do You Think You Are?, the man can do no wrong. The news that his ancestor, James Pratt, was a thief produced a snigger and so did the revelation that he then became a poacher. Ancient documents revealed he was also named as a delinquent. Lineker looked absolutely delighted.”
Virginia Blackburn, Daily Express

William Burrell: The Man Who Collected the World, BBC4

“The programme actually churned up an abundance of interesting glimpses into Burrell’s character – but almost all went frustratingly unpursued… What was meant to be a documentary lapsed into an information video about the collection, just the sort you’d imagine playing in the museum’s vestibule.”
Iona McLaren, The Telegraph

“We hear an awful lot of criticism of the NHS but here was proof of the dedication and hard work the majority put into the caring profession. Hats off to them all.”
Virginia Blackburn, Daily Express