“This was a film that dared to have opinions about other cultures and religions and also managed to be respectful without seeming awestruck.” 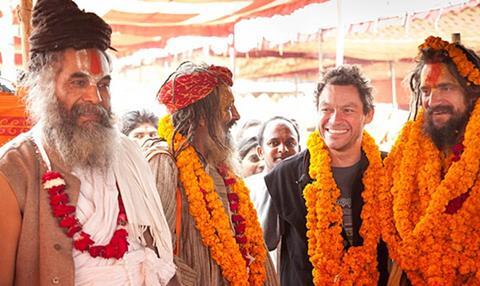 “The celebrity-and-less-famous-friend-go-travelling format has brought us some pretty dire programming in the past, but West Meets East managed to skirt self-indulgence and provide the viewer with, if not total enlightenment, then a glimmer of understanding, plus a look at a guy who has been holding one arm in the air for 40 years.”
Tim Dowling, The Guardian

“The reporting of the 2013 Kumbh Mela, in which 100 million Hindus washed away their sins in the polluted Ganges, had its moments. As a profile of a celebrity abroad, however, we learnt only what we would expect about the affable West: he is one of many OEs who feel comfortable everywhere.”
Andrew Billen, The Times

“Thank Lord Shiva and all the other gods for a BBC that still values good ideas and clever people over principles and checklists. This was a film that dared to have opinions about other cultures and religions and also managed to be respectful without seeming awestruck.”
Matt Baylis, Daily Express

“The programme was heavier than a lead-lined chapati and twice as flat. It felt rushed, uninspired and mechanical, as though the making of it had been a lot of hard work and very little fun.”
Christopher Stevens, Daily Mail

The World’s Worst Place to be Disabled?, BBC1

“The documentary made no attempts to explain Ghanian rituals, assuming cultural superiority from the get-go. Like so many of BBC3’s Stacey Dooley-fronted shows, it relied too heavily on presenter Sophie Morgan’s own experiences and reactions to reach an objective conclusion.”
Daisy Wyatt, The Independent

“The show built from funny observational comedy about daytime TV to a triumphant defence of the eight-year-old Gorman’s first limerick. The show was a little tour de force, terrific-ish.”
Andrew Billen, The Times