“It was a reassuringly baroque and nail-biting end to a brilliant crime drama.” Read on for the verdict on last night’s TV. 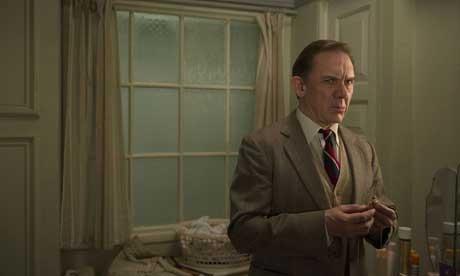 “I really love a good ending. What Remains served up such a thumper it made me very glad I’d persisted through the four, at times glacially slow-moving, episodes that built inexorably up to its inventively baroque denouement.”
Gerard O’Donovan, The Telegraph

“The twisty ending thrilled without fully convincing… Niggles aside, it was a reassuringly baroque and nail-biting end to a brilliant crime drama.”
Arifa  Akbar, The Independent

“It’s the old murder-mystery denouement problem. In trying to tie up its ends, others have come loose, so what you’re left with is a bit of a frayed, knotty mess. Disappointing at the end then, but mainly because what came before had been so very good.”
Sam Wollaston, The Guardian

“Having made you think, ‘What could go wrong?’, the best writers make something go very wrong indeed. Very right too, in terms of electrifying, creepy, utterly unexpected finales. Shame there can’t be a sequel but with so many bodies messing up the hall carpets by the finale, that would be a tall order.”
Matt Baylis, Daily Express

“As the permanently unshaved ex-cop, the magnetic David Thelfall led, with a few obvious exceptions, an unusually attractive cast. I want to praise casting director Andy Morgan for those choices. The plotting was far-fetched, but the plotters looked real.”
Andrew Billen, The Times

“We sat and watched as the Duke was all but moved to tears by footage of slaughtered elephants and rhinos, and by the extraordinary commitment and achievements of the Tusk awards nominees… There were moments when it felt a little media managed and slick, but no one could question its sincerity or emotional impact.”
Gerard O’Donovan, The Telegraph

“The surprises kept on coming, twist upon twist, even until the final moments of this splendid offering. The plot lifted Vera from being an annoying bag lady to a heavily disguised agent of truth, a new Lieutenant Columbo, if you like, in a lavendar cardie instead of a crumpled mac.”
Matt Baylis, Daily Express

Sounds of Cinema: the Music That Made the Movies, BBC4

“It was riveting stuff, beautifully illustrated and explained. And when Neil Brand showed us the score of Psycho, with the violin line for the shower scene scattering down the page as sharp as the cuts from the knife, he brought an amazing moment of cinema history to new and exciting life.”
Sarah Crompton, The Telegraph

“Those who had switched on with the hope of learning some new recipes may have been puzzled by why he was doing so little cooking, and so much ambling around.… For some – lovers of Italy? Lovers of Gino’s cheeky chappy charm? – this new series could be slow-burn heaven in which food culture is explored in broad-brush. But then again, when Gino’s on home ground, he is clearly at his most sedate.”
Arifa Akbar, The Independent