TV Critics: Wildfire 2014; Born in the Wild; I Bought A Rainforest; BGT Final

“Kate Humble looked like a woman who’d just been given a fatal medical diagnosis instead of a few facts and figures.” 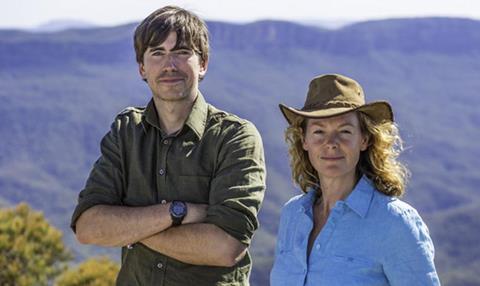 “What might have been a rather workaday episode of Horizon was here presented as ‘event television’. Kate Humble looked like a woman who’d just been given a fatal medical diagnosis instead of a few facts and figures.”
Gerard Gilbert, The Independent

“In the main Wildfire 2014 was the TV equivalent of fusion jazz – you kept getting the sense that all of this was more fun for the performers than it was for the audience.”
Benji Wilson, The Telegraph

“The firefighters’ expertise and bravery were impressive for sure but as with the Coast Australia series we gained an increasing sense of humans clinging to a land that doesn’t want them there.”
Matt Baylis, Daily Express

Born in the Wild, Channel 4

“Kiti is giving birth to her own child not actually in the wild, but in an enclosure, so the title of the programme is a bit of a lie. But it’s still extraordinary, and it’s all on camera, like an elephants’ One Born Every Minute.”
Sam Wollaston, The Guardian

“It was only in the last seconds of the show we were told that Kiti had suffered severe internal haemorrhaging during the birth. The elephant was in agony, and later had to be put down by vets. There is no point in screening nature documentaries if the truth, however horrible, is withheld from viewers.”
Christopher Stevens, Daily Mail

I Bought A Rainforest, BBC2

“Utterly brilliant. I Bought a Rainforest should be required viewing for anyone with a serious interest in conserving a jungle that provides a third of our oxygen.”
Gerard Gilbert, The Independent

“Nice guy Charlie is such a wishy-washy liberal, he’s the wettest thing in the rainforest. You can’t help feeling sorry for him. Documentary director Gavin Searle is merciless as he films Charlie tormenting himself with middle-class Western guilt.”
Christopher Stevens, Daily Mail

“Absent was the delicious eccentricity of previous seasons. The performance by septuagenarian salsa dancer Paddy Jones and her younger partner Nico was the solitary moment in the final when it felt the drama might veer off script.”
Ed Power, The Telegraph

“This year boasted no stand-out act or, even better, no duel between titans with half of the nation rooting for each. BGT gets by on novelty acts. It is a novelty no more. It is growing old.”
Andrew Billen, The Times