“For connoisseurs of character acting, every week has been like a bath in champagne.” 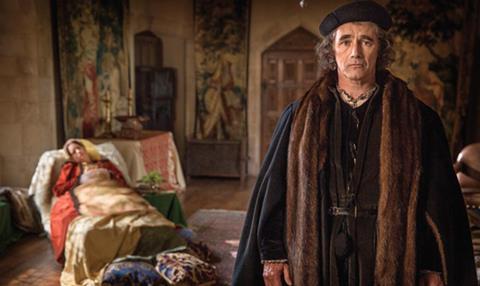 “Last night’s episode, with its grey exteriors and 1,000-candle trial scene, was almost a parody of itself. Its appeal, I concede, is snootily rarefied. For connoisseurs of character acting, however, every week has been like a bath in champagne.”
Andrew Billen, The Times

“There wasn’t a moment of Peter Kosminsky’s direction or Peter Straughan’s deft, beautifully elliptical writing that left you wanting for anything throughout this six-week splendour. But the final 15 minutes – with Anne’s death interspersed with flashbacks to Thomas Cromwell’s typically reluctant, typically thorough, inspection of the scaffold – were exceptional.”
Lucy Mangan, The Guardian

“Wolf Hall was a rare example of a TV series that made the most of everything at its disposal, from the murky complexity of its source material to the translucent beauty of light falling through windows. It delivered an overwhelming sense of the fascination of history.”
Gerard O’ Donovan, The Telegraph

“The final episode skimmed by too fast. We could only surmise what happened to the courtiers imprisoned by Cromwell for cuckolding the king: all the focus was on Anne’s fate. This really needed another couple of episodes to do the story justice. But perhaps they’d run out of candles.”
Christopher Stevens, Daily Mail

“After six hours of Rolls Royce television, Wolf Hall has to come to its inevitable, bloody end. Among a cast so heavyweight it could sink the Mary Rose itself Claire Foy has been magnificent, showing what a huge fierce heart lay beneath that famously flat chest. This was simply brilliant television.”
Chris Bennion, The Independent

“It’s just the end of February and I’m willing to put down my Oscar sweepstakes winnings that there won’t be a better drama on British television than Peters Straughan and Kosminsky’s Mantel adaptation of Mantel’s first two Thomas Cromwell novels.”
Will Dean, The Independent

Suffragettes Forever! The Story of Women and Power, BBC4

“Things that happened two or three centuries ago matter only when they’re tethered to the present day. The story didn’t begin with Pankhurst and her associates and it’s clearly not going to end with them either.”
Matt Baylis, Daily Express

“It may have been brief but this was a fine post-Enlightenment history of the women punching against the patriarchy. A fight that continues, sadly (148 out of 650 MPs are women in 2015).”
Will Dean, The Independent

“Baby steps, ladies, baby steps. Next week, let us hope that the old song has it right and that things can only get better.”
Lucy Mangan, The Guardian

“We didn’t see much dancing, but were reminded, via a report from Darcey Bussell in Kenya, of the show’s purpose. A good way to keep the Strictly brand ticking over.”
Rachel Ward, The Telegraph

“For years the Beeb’s flagship entertainment format, Strictly Come Dancing, has been slowly foundering. Strictly’s problem is its crew of celebs. The People’s Strictly for Comic Relief is giving six ordinary viewers the chance to experience it. Within a few minutes, all these richly likeable people were newly minted celebs. What started as a lark for Comic Relief has saved the flagship — apply this formula to Saturdays and the show will be reborn.”
Christopher Stevens, Daily Mail

“Hosted by Jo Brand (cue countless gags about her eating everything in sight), this edition of the celebrity cake contest was typically comforting fare. In pavlovas as in politics, showy Blair prevailed over solid Brown.”
Michael Hogan, The Telegraph